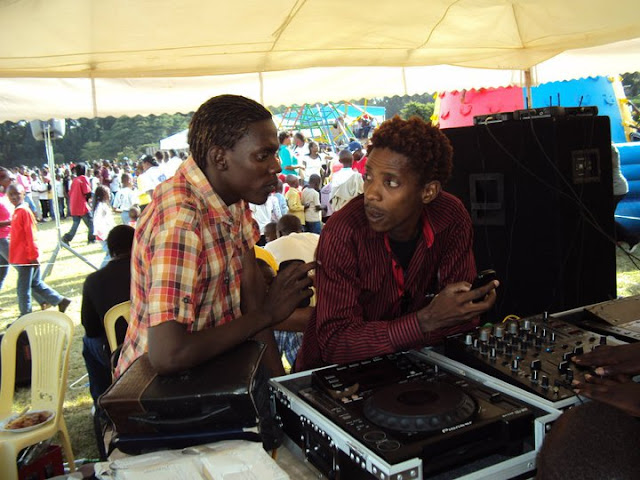 On Friday, popular Facebook page ‘Nairobi Exposed!!!’ posted claims by an unidentified individual, alleging that comedian Fred Omondi impregnated her and refused to take responsibility, and also gave her HIV.
According to the ‘whisle blower’, Omondi kicked her out of his house, when she confronted him.
This was the entire post.

FRED OMONDI IMPREGANTED ME,KICKED ME OUT OF HIS HOUSE.I RECENTLY TESTED HIV POSITIVE. ANYONE WHO SLEPT WITH HIM RECENTLY GO GET TESTED!!!!!

After we reached out for the comedian to come out and give us his reaction to this story to no avail we finally decide to release the story as damaging as it is. now over to you Fred to jitetea to the public in whichever medium you wanna. poooof here is how it went.

URGENT HIDE MY ID
hi i would like to alert all the ladies out threre to be alert from this comedian called fred omondi brother to erick omondi he has been going around fucking women aimlessley without protection. he impregnated me and has refused to admit i dont want him to take care of it i can do it myself but he wont admit to it i want to his place recently in kileleshwa at four in the morning after efforts of getting to him became unfruitful. this boy had the guts to send me out of thie house through his cousin maleek who is also a fellow artist in the music industry. when i asked why am being kicked out, a random woman came from the room and simply said she was fucking the comedian and he dint want interfearnce. fred is usually seen mostly in the company of maleek,mc jose of i club and abunch of other comedians. i recently tested positive so i urge anyone who slept with this comedian to get tested he is not all you think. all they do is fuck women each and every night after thier event and spend money on women. Fred i told you i will expose you in Nairobi Exposed soonest. you can find out form other women. i am dying slowly. please hide my id.

17 hours ago
Nairobi Exposed!!! [behind the scenes stories & pics you wont believe]

Damn.u in the right place. So tell me how sure can we be that fred is responsible. Does he know you are exposing him

The allegations spread fast, prompting comedian Eric Omondi to come to the defence of his younger brother. Eric, through a Facebook post said that the allegations were totally false.

Hey if you are the one trying to ati destroy my small brother(Fred Omondi’s) name…here is why you will not succeed…that young man is highly favoured of God and any weapon set against him will not prevail.

I want to put an end to this roumour going round. Nothing like that ever happened and its high time people respect each persons income talent and husstle. For all my fans and friends who know and are with me through this i say thank you and i humbly rest my case.