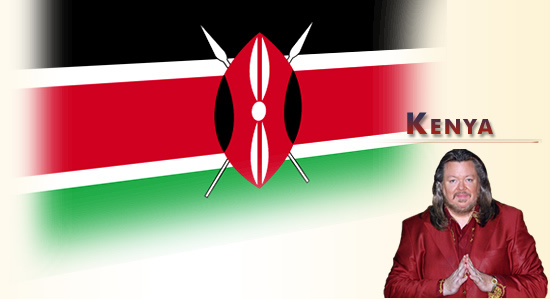 Dr. Thomas Manton, a regular in making prophesies concerning Kenya recently talked about the now concluded elections.
In a lengthy post published on February 23, Manton said that God had chosen Uhuru Kenyatta to be Kenya’s next president, and would soon remove the ICC elephant from him.
He also had something to say about Mutahi Ngunyi and his ‘Tyranny of Numbers’.

Below are excerpts of his message to Kenya… Plus his MPesa number if you’re touched.

Thus Says The Lord: “Uhuru Kenyatta Is My Choice To Be Kenya’s Next And Fourth President Of Kenya.I have chosen Uhuru Kenyatta, says the Lord, as the one that I will work with for the betterment and development of the Kenyan Nation and People and all of its Societies. I have the well-being of the Nation and its People at the fore-front in priority. The ‘good’and great development of the Kenyan people and the Nationand its Societies is of utmost importance now, beyond anything, or anyone else.

I Will Eventually Overturn the ICC Issue.What has been set up against Uhuru Kenyatta and William Ruto and perhaps even others by the accusatory criminal charges against those who have been accused and charged is in actual reality, very counter-productive to My own plan for Kenya in this next season. Uhuru Kenyatta and William Ruto are not particularly the ones to be blamed for the horrific-violence that occurred in early 2008 in Kenya. This may seem like a shocking statement to some, but is, in fact, reality. I have chosen these two men to now take the Nation of Kenya and its People to the next-level that I have ordained. So what good is having these two gentlemen in court, being accused of heinous-crimes, when in actual fact, they were not the ones that were behind the onslaught of violence that was directed toward, and coming against their communities. Think long and hard about that and you will see the reality of what I am saying. And I say here now, declares the Lord, that the very thing that was set up to try to discredit the legitimacy of these two-men running for the highest two political-offices in Kenya, I will eventually overturn. That which also marred the image of Kenya internationally, I will overturn it too. I willoverturn the onslaught from the system and individuals that put this forward. And I will overturn the case. This attack was conspired and set up against them in biased ways, fraudulently, from the beginning.

I Caused The Local-Tribunal Option To Fail Because It Would Have Been Corrupted Locally Against My Interests, Says The Lord.  And the International Criminal Court will not be able to get it through either, because it is not My Will that these men be convicted for what they actually did not institute or originate. Who ever thought that the matter would get to a stalemate now, even for Mr. Mauthaura too? But I say here to you, says the Lord thatI am not done with the whole thing yet, and I will do much more to diffuse the entire-situation. It will be amazing as to how things will even turn yet much worse for the Prosecutors and issues regarding witnesses, and purported evidence, etc.

God First Spoke Audibly To Me, In Latter 2010, The Name Of The Man Who Will Be Elected As Kenya’s Next And Fourth President.  There, in latter 2010, was the actual first-time that I heard the Lord say Uhuru Kenyatta’s name aloud to me, regarding who would be the winner of Kenya’s next Presidential Election. I was in prayer that day, and as I was exiting my Prayer-Time with the Holy Spirit, it somehow strangely got into my mind right then to ask Him who it was that would actually become the next President of Kenya. Astoundingly, without even a millisecond of hesitation, God spoke back to me instantly, as soon as I finished my question to Him, with the name ‘Uhuru Kenyatta’. I was a bit amazed right then that God spoke so immediately, confidently, forcefully and audibly. After hearing Him say that, I was feeling kind of like: “Oh My God!”  Should I have even asked Him then? Well, in reality, it was very appropriate and it was His perfect Will that I did. Afterwards, I have never told even a single-soul on Earth, until now, this week, when He has finally released me to speak it out publicly! Six more times since the Holy Spirit spoke to me audibly in latter 2010, He has told me again clearly that Uhuru Kenyatta is His choice to be the Republic of Kenya’s next and fourth President. at least God has spoken to me audibly, out loud confirming to me that Uhuru Kenyatta will win the elections. And He has said that he is God’s own choice out of the pick of the candidate aspirants. He is the one that He feels is necessary to be there in office, and he is the one He is going to work with. He said he is the one that has got the right mind, the temperament and the right motive and heart to do it for Hi Glory and for the benefit of the Kenyan Nation and its People. Nothing beyond that really matters now about that. That is the heart of the issue.

I Had Two Visions That Appeared Inside Televised-Broadcasts. The First Vision:I saw in the television-news the group of Presidential Candidates in clips. And when they showed Uhuru Kenyatta there, I heard the Lord say aloud ‘President’ Kenyatta. I heard the Voice of the Lord call him the President. This was a few weeks ago. This was a prophetic-vision in reality, before the reality becomes a fact. My God! When God said that to me in the vision, in a public place nonetheless, the atmosphere got charged around about him inside that video television clip. The Voice of the Lord said ‘President Kenyatta’. So shall it be. And the same news-media organizations and others around the Worldwill call him by that Title. So it shall be done.

The Second Vision! I Saw An Angel Of The Lord Come And Stand Behind Uhuru Kenyatta.  I was watching a particular TV Clip, again, as I was out in a public-place. This TV news-clip showed Mr. Kenyatta standing speaking in the Presidential-Debate. Suddenly, as I watched, I went into a vision, and I saw an Angel of the Lord standing behind Mr. Kenyatta, and again, he Angel had a special-book in his hand. His hair was glistening. This Angel of the Lord appearedin the room, standing right behind him. I know he was there already, but God opened my eyes to see him standing there then. The sprit-world was now visible to me, and open to my gaze. But for a very important reason. I wanted to shout when I saw the Angel, but I could not because I was in a public-place. It was so heavenly and so glorious, what I was actually seeing. But again, I was in a public-place, so I did not even utter a sound. I just looked. This Angel was standing very close behind Mr. Kenyatta. Specifically, he had glistening hair, a glorious countenance, and fixed-eyes looking down at a book he was holding. The book he was holding was open. And he was reading the words written, in front of his glorious-gaze down at the pages. I then discerned and realized that the words written in this book had been written in Heaven. The Angel of the Lord was somehow taking the words from those pages and supernaturally communicating them to Mr. Kenyatta. It appeared as though the necessary and vital information in this book that was written in Heaven was getting into Mr. Kenyatta by God’s own design and grace. The agenda for the nation, the agenda for the presidency, the agenda’s for the new government; and all of their implementation would sovereignly happen for the nation and the people by the grace and power of God. The Lord’s own agenda’s for Kenya’s development and progression will be supernaturally and naturally implemented! And so it shall be.

God QualifiesThe One(s) Who Will Actually Be In Office.  I am reminded now, of a friend who said regarding Mr. Kenyatta, ten years ago, when he was running for Presidency in 2002: “You, Mr. Kenyatta, are a ‘king-in-the-making’, but you will have to wait until the time that God has sanctioned for you to be just that.” You see, even he had to be qualified and prepared, over aperiod of time. God develops us through long-journeys in life. This friend said God will develop him, and qualify him for the big-job in the right time and season. He said he would have a great role of leadership, but in the season God had ordained. Mr. Kibaki was quite ready in 2002. And God spoke through me that he was the ‘Joseph’ that would administrate then. And he has done it well now for the last ten years. He was ready. He had been working in the government for many years. And he was ready to be the brilliant civil-servant and economist and administrator with the plans of action. He had them from God really, whether he realizes that enough now or not, and God surely had him implement them. Glory again, to God!

The Gentleman Who Composed “The Tyranny Of Numbers” Said In A Television-Interview That Large Numbers Of People From The Kikuyu And Kalenjin Communities Went Out To Register To Vote In Droves In Support Of Mr. Kenyatta And Mr. Ruto, Respectively, Even All The More, Because They Had Been Attacked! I am reminded here of the great-story in the Bible that tells us that if the demons would have been able to see that crucifying the Lord of Glory would then, in turn, back-fire against them, by His then coming Resurrection, they would have never done it!  I am also reminded here of another great-story in the Bible in the Book of Ether, where the one that set up a trap for another, was then made to fall into it himself! Thus, what the devil meant for evil, to discredit anddestroy some, has once again back-fired on him! So the old saying still stands true. What the devil meant for evil, God turn it for good! (See Romans 8:28) Thanks to Kofi Annan and whoever else put all that together in the ICC ‘attack’ against them. I must tell you, that somehow, even way back from the beginning, I never felt a really permanent threat from this ICC Issue. The division in Kenya over this issue should now just be left with God. Let Him fight the battle. I assure you again here now, *He will…

First-Round Or Second-Round?  I cannot say that God has spoken specifically regarding this. However, we can all certainly concur that a decisive-win in the first-round is quite likely to happen, and that would certainly be the quickest and easiest way to get through with this election in one-quick event.A problematic loop-hole arises between the two sides if it does not happen in the ‘first-round’. Also, if people end up not conceding, or trying to say there was rigging and all of that, this can be very dangerous. So we pray it will be completed in the first-round! We do not want any people’s lives or well-being in the balance over this. We are continuing in Prayer…

Again I Say, The Charges Against Mr. Uhuru Kenyatta And Mr. William RutoWill Be Diminished And Finished.