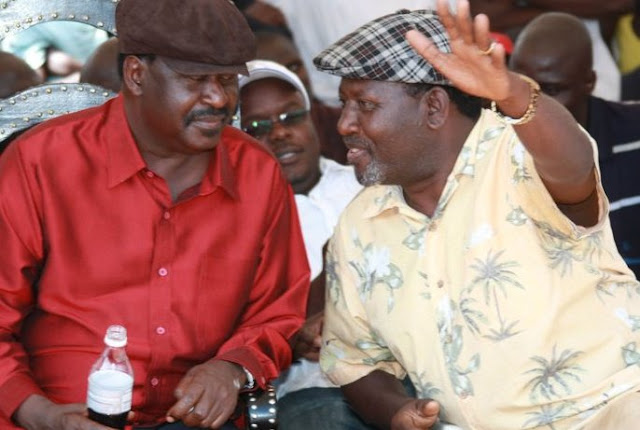 Mpuru Aburi, the man who closely resembles Raila Odinga has defied the TNA wave in Meru to win the Tigania East parliamentary seat on an ODM ticket.
Aburi garnered more than 16,000 votes, with his closest rival Jacob Mati garnering close to 12,000 votes.

Mpuri has always accompanied Raila in his Meru trips, and that has only helped fuel rumours that he may actually be Raila’s step brother. However, the two just resemble each other, with probably no blood relation between them.
Mpuri’s chances had been written off, considering he was going against the wave. When Gitobu Imanyara conceded defeat, everyone thought he would take the same road, but everyone was wrong.

Meru county pulled another surprise with the election of Rahim Dawoo of Kiraitu’s APK party as the MP for Imenti North. Rahim, who is of Asian decent trounced TNA’s Silas Muriuki.

Election Name Craze in Kisumu (Hilarious) < Previous
Thomas Manton’s Prophecy on "President Uhuru Kenyatta", The ICC Case and Mutahi Ngunyi Next >
Recommended stories you may like: