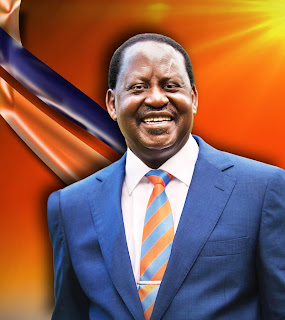 Prime minister Raila Odinga has refused to concede after IEBC chairman announced Uhuru Kenyatta the winner of the just concluded elections.
Raila said that the tallying exercise was fraudulent and that it was part of the rigging plan that all ‘modern’ instruments of result transmission collapse.

Raila, in a report titled ‘Kenya’s Democracy on Trial’, said that it was every kenyan desire that IEBC would deliver what ECK failed to, but failed miserably. He gave examples of his party agents been thrown out of Bomas of Kenya during the verification of the tally. He added that their complains to IEBC were not acted upon.

Raila said that their wish was not impose themselves on Kenyans, but Kenyans should be left to decide who becomes their next president.

The prime minister has however pleaded for calm, saying they would challenge the results at the Supreme Court.
© nairobiwire.com

Kenyans Crazy Questions To Prophet Mutahi Ngunyi.. After His Accurate Tyranny of Numbers < Previous
Uhuru Kenyatta’s Victory Speech – Full Text Next >
Recommended stories you may like: