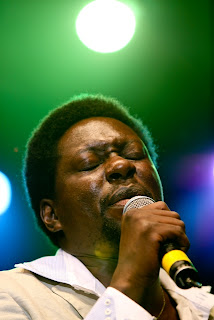 Last week at the height of #SomeoneTellNigeria and #SomeoneTellKenya, Nigerian comedian Klint the Drunk was singled out by Kenyans for his hard hitting comments.
This was mostly because he is a regular in Nairobi, where he often attends the Night of a Thousand Laughs, the event that brings together Africa’s biggest comedians.

This was what the comedian allegedly tweeted then.

The Only Positive thing in Kenya is H.I.V
A burnt Ghanian = KENYA
Dear Kenyans, I know now you feel neglected, bad and rejected! But twit-fighting us WON’T put you on the africa map!! YOU ARE NOT A COUNTRY
Skeletons + Black Paint = Kenyans

When Nairobi Wire broke the story, Kenyans took to social media, where they strongly condemned the comedian.
Here are some tweets.

Some idiots laminate their ATMs!! That must b klint the drunk – Bgeffa

Klint the drunk is drunk and should not be hurling insults at kenya. he should spend time nursing his hangover – Shem Birosho

Our Presidential Aspirants are more funnier than Basket Mouth and Klint The Drunk! DIDA alone can beat them 10-0! – Herdsman

@klint D drunk: It was so irresponsible of you citing Kenya as one of the pathetic countries when you have Boko Haram still terrorising you – Kenneth Olayo

Word might have gotten to the drunk that Kenyans were not very happy. We thought he would delete the tweets and maybe issue an apology, but the comedian showed Kenyans the middle finger. In just two tweets, Klint the Drunk said to hell with Kenya, to hell with the night of a thousand laughs.
Here are the tweets he retweeted.

(RT) Someone said the monkeys in Temple run are Kenyans

(RT) No Matter How Far Kenyans Run, They Can Never Run away From Hunger!

UPDATE: We Understand @KlintTheDrunk, with over 136,000 followers may be an imposter account. The account we’re made to believe is the real one is @mistaklint, with only 800 followers.
It seems Nigeria has a bigger impersonation problem than us.

If you have the comedian’s number, tell him to confirm to us via THIS LINK, or to send us a message on our Facebook page, Facebook.com/nairobiwire, through his official account.
© nairobiwire.com

What You Didn’t Know About Kethi Kilonzo < Previous
Uhuru Apologises After Referring To Supreme Court As ‘Some Six People’ Next >
Recommended stories you may like: