What You Didn’t Know About Kethi Kilonzo 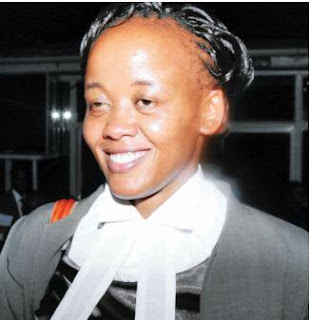 The heavyweights in the Supreme Court room, some of whom are the age of her father and others her former lecturers, does not seem to deter her resolve to represent her client in the historic case.
Ms Kethi Kilonzo has won the hearts of Kenyans on the social media and is now the talk of town even before the presidential election petition gets under way this morning, owing to her manner of prosecuting the case.

Kethi, the daughter of Makueni Senator-elect and Education Minister Mutula Kilonzo who is also a Senior Counsel, is a typical case of like father like daughter.
Kethi, representing a non-governmental organisation, Africog, has not only done her father proud, but has also shown that the best legal minds can be found among young people. Ms Gladwell Otieno is Africog director.

Unlike some of her seniors who have exhibited emotions, she has been able to prosecute her case in a composed manner, but hammering the point home to the delight of many. Kethi’s determination has demystified the myth that only seniors can handle major cases before the Court of Appeal and Supreme Court.
In the case filed by Prime Minister Raila Odinga before the Supreme Court, Kethi representing Africog (fourth petitioner) is the youngest counsel.
The 2001 Law Degree University of Nairobi graduate has handled major cases touching on the society directly and indirectly as she builds her career among ‘learned friends’.

Kethi has acted for former President Moi in a number of cases, including one in which former MP Mak’Onyango claimed he was unlawfully detained during the 1982 attempted coup.
Based on her submission to the court, the then High Court judge Kalpana Rawal absolved the former Head of State from any liability on grounds that there was no evidence of personal misconduct in the detention of the petitioner.

The Attorney General was ordered to carry the burden of illegal acts perpetrated by the Government and awarded the petitioner Sh20 million compensation.

In the first case that touched on the issue of dual citizenship, Kethi represented former Wajir South MP Mohammed Sirat in a matter that he was required to take plea as an Australian citizen before the Chief Magistrate’s Court.
Last year, the young lawyer, who has been running Mutula’s law firm with her brother Mutula Kilonzo Jnr after their father resigned in 2008 after being appointed to the Cabinet, took the Kenya Revenue Authority to task when it seized Sh10 million from the company’s clients’ account to settle more than Sh300 million tax allegedly owed by their father.  The High Court issued an order in the two siblings’ favour, compelling KRA to return the money.
In the case in which a group of politicians challenged nominations of Kenyan representatives to the East African Legislative Assembly, Kethi was in the team of lawyers that won the case that saw the East African Court of Justice (EACJ) order the Government to pay the politicians Sh160 million. In the representation of clients whose rights have been allegedly violated, she has filed several cases for her client, the Independent Medical Legal Unit (IMLU).

She moved to the EACJ where she filed a case against the State for failing to take action against security officers who committed offences in Mt Elgon between 2006 and 2008.
Kethi was also one of the lawyers in the case Kanu filed against the then Narc Government on the Kenyatta International Conference Centre ownership dispute.
She joined the University of Nairobi in 1997 for her Bachelor Degree in Law and joined the Kenya School of Law for a diploma in law before being admitted to the Bar. She returned to UoN where she did a Masters of Law degree in Public Finance.
Apart from studying law, Kethi was the top student in Kenya in 2006 audit examination conducted by Association of Certified Accountants.
She is a member of Chartered Institute of Arbitrators (Kenya Branch), Association of Certified Chartered Accountants (United Kingdom), and Commissioner for Oaths.
By Standard

Did Kim Kardashian Call Nigeria Women Apes? < Previous
Shocking: Why Kampala International University Has Been Blacklisted (Photo) Next >
Recommended stories you may like: