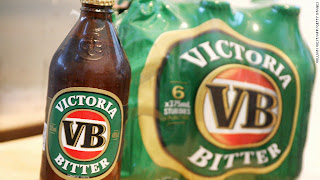 This are the world’s top 10 drinking nations, according to CNN in a report released last week.

10. Australia
A country whose former prime minister, the legendary Bob Hawke, was once in the Guinness Book of Records for sculling 2.5 pints of beer in 2.5 seconds.

9. Germany
Germans may not be Europe’s biggest beer drinkers (that honor goes to the Czechs) but they’ve cornered the market in celebrating its consumption. This is largely thanks to Oktoberfest, Bavaria’s month-long answer to St. Patrick’s Day.

8. Uganda
Statistically Africa’s biggest drinkers, Ugandans enjoy a pot of ajono, a semi-fermented beer. “Getting a round in” here just involves passing the straw.

6. Moldova
Moldova — the worlds booziest nation, according to the WHO, drinking the equivalent of 18 liters of pure alcohol per person in a year. Whoever markets a better hangover cure here — pickle juice is the local favorite — is going to get rich.

5. Equador
You know you should have brought extra painkillers when the local liquor is known as “hangover in a bottle.”

2. China
Chinese Baijiu is a white spirit that can also be used as an industrial-strength cleaner.

1.Great Britain
While the Irish have one date to celebrate their country’s abiding love of alcohol, the British have three: yesterday, today and tomorrow.

Weka Condom Mpangoni: Kenyans React To The Controversial TV Commercial < Previous
Nicki Minaj To Perform at Uhuru Kenyatta’s Inauguration Bash Next >
Recommended stories you may like: