Balala, Ngilu, Naikuni and Others Expected To Be In Uhuru’s Cabinet 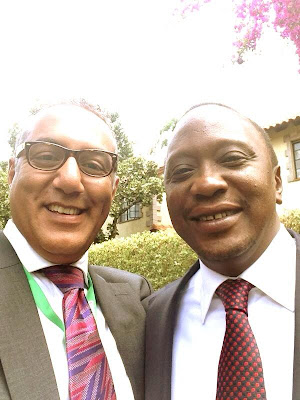 As the Kenyatta government prepares to take over in a few weeks time, depending on the outcome of the election petition, the discussion on who is likely to be in cabinet has already started. Unlike President Kibaki’s bloated cabinet of over 40 ministers, the new government will only have 22 cabinet secretaries – the new name for cabinet ministers.

The agreement between TNA and URP would have seen the slots shared equally, ie 11 for each side of the coalition. However, recent developments that saw both Charity Ngilu and Najib Balala voted out, means that two positions will be reserved for them.
This leaves TNA and URP sharing 10 each.

Some of the names been considered for cabinet appointment include, Nancy Gitau, an adviser to president Kibaki, who has played a role in Uhuru’s campaign. She is believed to be the front runner to succeed Francis Kimemia as the head of civil service and secretary to the cabinet.
Kenyatta’s personal assistant Jomo Gecaga is believed to be in line to take up the role of the president’s private secretary. Gecaga has been on Uhuru’s side virtually everytime, including during his Hague trips.

Very little surprises are expected in the new cabinet, with names we’ve been hearing for years tipped to fill up positions. Some of these were elected as either MPs or senators, but are considering resigning.
Some have been heads of big companies in the country eg. Titus Naikuni of Kenya Airways, Julius Kipng’etich of Equity, formerly KWS, and Martin Oduor of KCB

Speculation is rife that Njeru Githae will keep his finance docket, after Uhuru handed over Jubilee’s manifesto to him, with instruction that he begins implementing it immediately.

Below are some of those tipped to be in the next government.