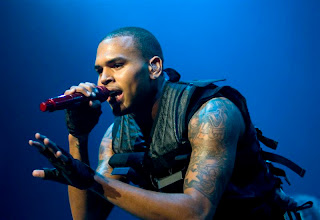 Organizers of Chris Brown’s East Africa concerts that never were, have revealed circumstances that led to the singer not making his debut in this region. The ‘Don’t Wake Me Up’ singer was scheduled to perform in Kampala and Nairobi last month, but both concerts did not materialize.

Apparently, Chris Brown demanded $450,000 for a single concert, which is over Sh 38 million as down payment. Further, the singer demanded that organizers cater for first class travel of his 62 man crew, which consist of DJs, sound engineers, dancers etc. That would have added an extra 9 million to the cost. The organizers were however upbeat about meeting the demands, until the main sponsor pulled out.

However, looking at Chris Brown’s past performances, he may just have overcharged the Kenyan organizers. In November last year, the singer was set to perform in Guyana for only $300,000, but he failed to honour that contract for some reasons. The price per concert however depend on the geographical location and certainly the size of the crowd.
Kanye West and Jay Z attract some of the biggest fees for a single concert, with each charging close to $3 million. Rihanna also commands large figures of more than $1 million, with Eminem in the same league.
© nairobiwire.com