Ole Kiyiapi Has A Campaign Budget of Sh 500 Million 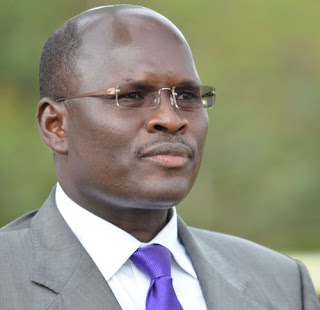 This coming election is set to be Kenya’s most expensive election. It is expensive both for the government and those seeking electoral office. The IEBC had initially demanded over 30 billion shillings to organize and stage the election, but that amount was significantly trimmed down. Aspirants for the various political seats are however the ones feeling the most heat.

Though no one confirms or denies it, the cost incurred by a serious presidential contender is believed to be in the range of billions. During the 2007 presidential campaigns, it has often been reported that Kibaki and Raila shared about 6 billion between them, an amount believed to be grossly on the lower side. Using that figure however, it can be assumed that both candidates used Sh 3 billion each for their campaigns. Kalonzo’s campaign came out and stated that their campaign cost was below Sh 200 million, and that may be possible, considering that his party did not need to finance many aspiring members of parliament.

This year, the two big coalitions, CORD and Jubilee must have a very big budget considering the increased number of constituency and constitutional offices. Unlike in 2007, both parties have almost equal probability of winning in several areas, eg at the Coast, North Eastern, Nairobi, Parts of Western, Parts of Rift Valley and Parts of Nyanza (Kisii). That means a lot of resources will have to be poured here by all sides, unlike in 2007, where the no-go-zones were clear.

Last week, the Star newspaper ran a story where they claimed that Uhuru Kenyatta and his party TNA are set to spend Sh 10 billion in the next 2 months. That money includes buying several four wheel drive vehicles, choppers among many other campaign paraphernalia. Though the party came out to refute those claims, it is clear that the truth may not be that far, considering the party spent sh 150 million for its launch (entire Kalonzo’s 2007 budget). Source of Jubilee campaign money is believed to be Uhuru Kenyatta.

On the other hand, little is known about CORD’s campaign arsenal, or its source. What is certain is the fact that they have also lined up several billions.

So, if the two major coalitions have this much money, how much do the ‘others’ have? In terms of strength, we would expect Musalia Mudavadi to come in third. His personal wealth is believed to be enough to finance a decent campaign, and he is expected to spend not more than Sh 1 billion. If the rumours we’ve been hearing since he left ODM are true, Mudavadi’s war chest may be bigger than we think, courtesy of persons close to power.
Peter Kenneth should naturally come in fourth in terms of campaign money. His personal wealth is believed to be in the region of hundreds of millions. He is one of the few individuals privileged to fly in their own helicopters (though he says he has just leased it). Actually, his campaign has two choppers. He is rumoured to be getting a helping hand (financially) from his German friends. Whether true or false, we can safely say that PK will spend several hundreds of millions.

Martha Karua’s war chest is probably the smallest among the top contenders. With no known major international donors, Karua may have to contend with minor donors of just a few thousands, or use her savings to finance her candidacy. It would come as a surprise should her campaign cost more than Sh 100 million.
What comes as a bigger surprise however, is Ole Kiyiapi’s revelation that he has lined up Sh 500 million for his campaign. During NTV’s Friday night show The Trend, the Restore and Build Kenya presidential aspirant told Larry Madowo that he has a budget of Sh 500 million, but was quick to point out that the money was not at hand. Most of this he said was in form of pledges and it would be coming in as the campaign proceeds. Perhaps you can now understand ole Kiyiapi’s frustration in the media not giving him airtime.
© nairobiwire.com

Wahu’s Father Passes On < Previous
Confirm If You Are A Registered Voter Here. Next >
Recommended stories you may like: