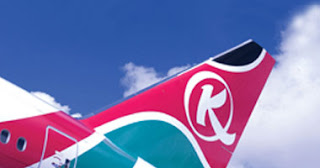 Everyone has a first time in everything, Some “first times” are usually unforgettable and this is just one of them. Just after i cleared my form four, i managed to apply for a job at the prestigious Kenya Airways and lady luck smiled at me coz my first attempt at searching for a job had been fruitful. I had not even started going to any collage, all i had was my form four results slip. The job requirements had been form four certificate and one must have been computer literate. I had not done any computers,so as i prepared for the interview a day b4 the d day, my sister Janet  tried to bring me up to date with computers. In our High School, only the top three in Maths were allowed to get into the computer room. I had already given up knowing any computers at school because i was not even top 29 in Maths!! So Janet tells me about the parts of a computer, mouse, keyboard, monitor and CPU (this was just in case i was asked about my computer knowledge). Fast forward to the day of the interview.
I got to Cargo center as early as 8.00am and we were as many as 200 applicants. Everyone was dressed to kill and there i was with my veeeeery long skirt (thanks to my teachers in high school who kept insisting that we were supposed to be presentable during interviews!! Presentable to them was long skirt, and i had believed them!! Maybe they had not just had a chance to come here) Ok, my time finally came at around 4.00pm, i was tired but i pressed on!
When i got in, there was a panel of about nine people. Before them, was a chair that i was to sit on. But something was wrong, the chair was not facing them, it was facing the door. I looked at it for a while then thought (if they placed it that way, they probably wanted me to sit facing the door, why should i go against their wish??) I walked to the chair and after saying hi, i sat on it facing the door and turning my head towards them. They all started giggling. That did not even bother me, i thought they were just trying to intimidate me, i had gone there so focused that not even their giggling would scare me.

One of them asked me to tell them about myself and i did that still facing the door , my head turned towards them. One of them was dying of laughter and could not hold it anymore when she asked me to pliz turn the chair and face them. i stood up and tried carrying the chair to make it face them but it was too heavy!! Just then one of them said, “Just swing it”. Kumbe it had been one of those chairs that kept swinging left right and center!! And the way i had struggled to lift it off the ground!! After turning it, i sat on it and guess what, the fact that the chair was swinging refused to leave my mind and so i kept swinging around!! All of a sudden i could not maintain stability!! To make it worse, i was short and so my feet barely reached the ground!! Then i realized if i could just place one of my feet on the ground i would be stable, i did exactly that and the chair stopped swinging. The interview then continued amid giggles.

Interviewer: What else have you done after form four?
Me: Computers.

Interviewer: Where did you do ua computers??
Me: Elygot Computer Services. (Elygot was my aunty’s bureau in Kasarani where i lived and she had named the place after her sons Elly and Gotti who are now Élly Nyayo and Câptåìñ Lòrêñzö Wâýñè.

Interviewer: Is that a college?? And where is it located?
Me: Yes, its my aunt’s college and it is in Kasarani Sunton stage.

Interviewer: What packages have you done?
Me: (confidently) Mouse, Keyboard, Monitor and CPU.

They all burst out laughing!! I did not understand why they were laughing, Janet had just told me about these thing and i was sure about what i was saying!!

Interviewer: What packages again?
Me: Mouse, Keyboard, Monitor and CPU. (I said this confidently knowing they were just asking me for the second time to test my confidence!! Hehe, they were trying the wrong person, I am the most confident person on earth, even when saying something am not sure about. I even went ahead and explained how the Keyboard package had letter A to Z of the alphabet.
I believe they must have thought they were probably dealing with a mathare inmate and one of them offered to walk me out and led me to a room where i was given some painkillers and tea!! At first, i thought that i had done so well mpaka i deserved some tea, i was so happy until i got home and told my sisters the whole story, thats when i realized i had been sooo irrelevant, that is after they told me i was, i would not have realized that alone!! Now, if there is anyone in KQ reading this, pliz tell them i have changed, i can now sit comfortably on that chair and i know the packages!! I will NOT also need any painkillers this time round!!
By Beryl Wanga

Top 10 Rejection Lines – For Both Male And Female < Previous
The Choppers That TNA And URP Bought (Pictures) Next >
Recommended stories you may like: