By Ken   /   Monday, 21 Jan 2013 10:24PM   /   Leave a Comment
As the rest of Britain is bitten by the harshest cold snap of the last 12 months, Manchester United have taken their training to Qatar for a week as they prepare for next week’s FA Cup fourth round tie against Fulham.
Less than eight hours after the draw at Tottenham – a match which was very nearly postponed due to the deluge of snow that fell on London throughout the weekend – the Premier Laeague leaders were on a plane heading for the Middle East. 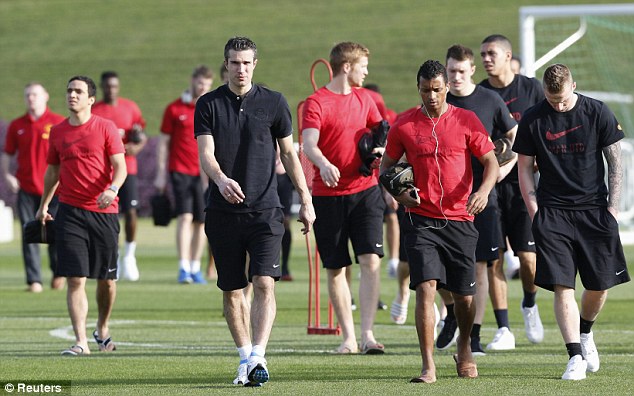 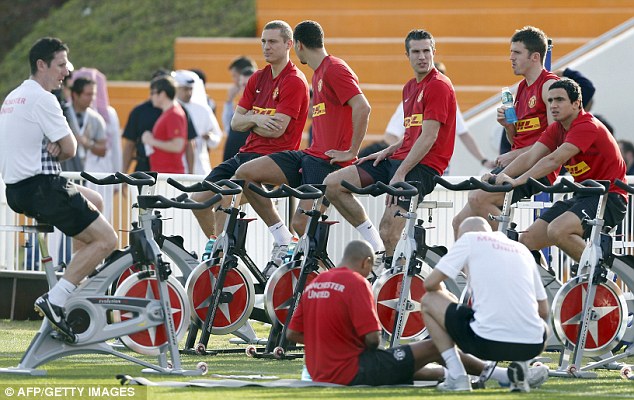 Seemingly without a care in the world, Robin van Persie, Nani, Rafael, Phil Jones and the rest of the squad, have taken up temporary residence at the Aspire Academy in Doha for a few days of warm weather training. They were not being watched by manager Sir Alex Ferguson, however. He was not in Qatar due to charity commitments in Britain.
In the Middle East his tile chasers, dressed in shorts and T-shirts – and in some cases flip-flops – took a stroll across the enormous complex, which is one of the world’s most advanced.
It boasts seven full-size outdoor football pitches, as well 100s more individual training areas, including performance enhancement laboratories, two altitude laboratories and biomechanical labs. They even have mental test and training and sports psychology  spaces.
Earlier this month, both Bundesliga sides Bayern Munich and Schalke made the most of the stunning centre as the German league enjoyed its winter break. 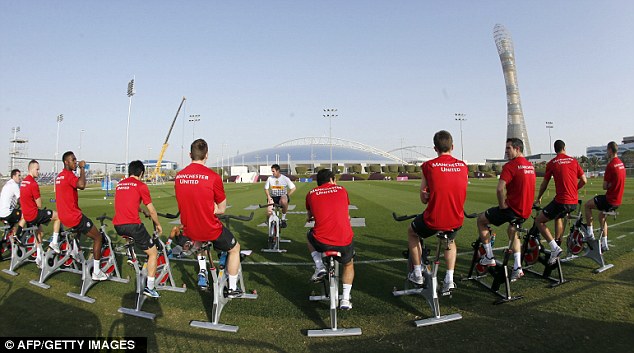 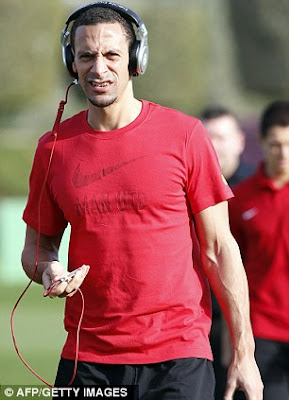 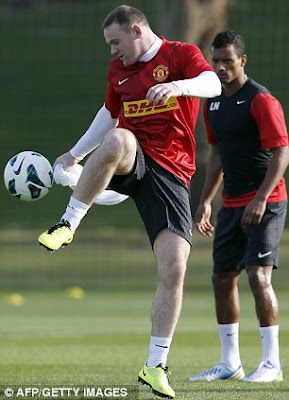 Speaking on MUTV trip during the trip, Rio Ferdinand admitted United got a taste of their own medicine at Tottenham Sunday.
United looked set to re-establish a seven-point lead over bitter rivals Manchester City after Van Persie put them on course for victory but Clint Dempsey snatched a point for Spurs with a 93rd-minute equaliser.
United are the ones who usually revel in pulling off a result with a late goal – they have snatched last-gasp winners in no fewer than four matches this season and they also stole a draw at West Ham with an added-time equaliser from Van Persie in the FA Cup.
The fact that United have scored so many late goals during Ferguson’s 27-year spell in charge at Old Trafford has partly led to the coining of the term ‘Fergie time’, and for that reason, Ferdinand was philosophical about his team being denied victory in such a dramatic fashion yesterday.
‘It is disappointing,’ Ferdinand said. ‘But as soon as you get off the pitch and into the changing room you think back to how many times we have done that to other teams over the years and you have to accept it and take it on the chin.’
Mail Sports