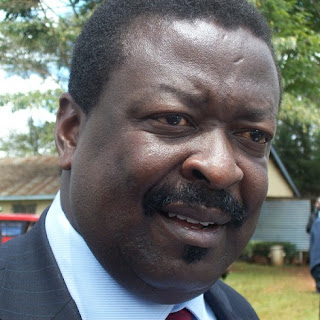 Apart from Raila and Uhuru, whose running mate choices were pretty obvious towards the deadline for the coalition agreements, the other presidential candidates have had to face long and agonizing nights as they try to identify who will deputize them should they win the elections. Peter Kenneth’s choice, though not confirmed, is believed to be Raphael Tuju.
Ole Kiyiapi yesterday named Winnie Kaburu Kinyua, a businesswoman and the former Vice Chair Kenya Private Sector Alliance (Kepsa) as his running mate in an announcement that failed to rattle the political scene.

In the coming days, the biggest news will most probably be choice of running mate by the three serious presidential contenders yet to name theirs. Martha Karua might be first, with reports indicating that she might name her choice anytime from now. It is understood that the Gichugu legislator will name former East African Legislative Assembly MP Augustine Lotodo as her deputy. The announcement may come as soon as today.

That leaves Musalia Mudavadi as the last serious candidate to reveal his running mate (assuming Tuju deputizes Kenneth). Mudavadi has in the last few months seen his chances to ascend to the presidency go seriously up (when he left ODM), to not very good (when Uhuru and Ruto launched their alliance), to almost certain (when Uhuru agreed to step down for him), to next to impossible (when Uhuru broke his promise). That has left him in a very awkward situation, and his allies are still confused.

As thing stand now, Mudavadi will be competing for the third position with Peter Kenneth, with a high probability of emerging fourth. The Sabatia law maker is banking on Luhya support, but the community seems not very united. Kenneth on the other hand is banking on the independent thinkers and the youth of this country. According to analysts the latter’s support may easily surpass Mudavadi’s.
This thinking is what is making several individuals considered by Mudavadi’s camp as probable running mates, to turn down the offer. Reportedly, Mudavadi had initially identified Peter Kenneth to deputize him, but the assistant minister refused, as he was determined to be on the ballot. Kenneth was also not comfortable with Mudavadi’s integrity record.

Next, Mudavadi went to Kiraitu Murungi. The energy minister, whose ‘Mbus’ party has refused to support any presidential candidate, determined that he would be committing political suicide if he took the offer. He instead decided to stick to the Meru County senator position.
Mudavadi then went to Gideon Moi. The son of the former president is believed to be capable of bringing substantial Rift Valley votes for Mudavadi. However, sources indicate that he is not willing to be running mate. According to insiders, Gideon believes that he stands a better chance of being politically relevant if he goes for the Baringo Senate seats. His calculation is that if Mudavadi wins, he’ll be made the leader of majority; if Mudavadi loses, he’ll remain as senator.

Another candidate for the running mate position is former Cherangany MP Kipruto arap Kirwa. However, several voices in Mudavadi’s camp are against this choice, claiming that he will bring totally nothing to the table.
For now, it seems Mudavadi has not made up his mind on running mate choice, but the more time he takes, the more momentum he loses.
© nairobiwire.com

List of Blogs And Facebook Pages Identified For Spreading Hate Speech < Previous
Kingwa Kamencu To Get Married This Year, And You Can Apply To Be The Husband. Here Are The Conditions Next >
Recommended stories you may like: