Citizen TV Commissions Ipsos And Infotrak Poll. And Raila Is Leading In Both 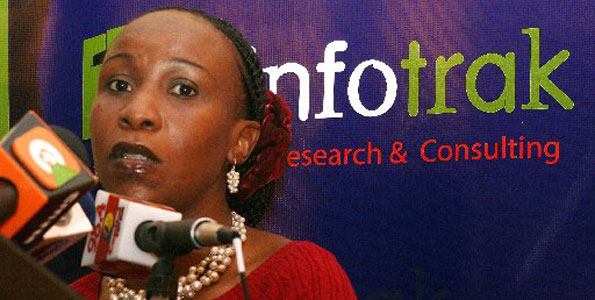 Last night, Citizen TV launched the much hyped Monday Special. Basically, the news was read in the main studio, with two more studios being used for interviews. In one, Hussein Mohammed was interviewing John Mbadi and Kabando wa Kabando, while in the other, Julie was hosting Betty Murungi, Jeremiah Kioni and Kipchumba Murkomen.

Julie Gichuru’s studio, or what they called the elections studio was particularly dull and ugly, with just the wrong colour combination according to many online commentators.
However, the show scored big, by introducing what will be regular opinion polls conducted by the two companies Kenyans have grown to know, Ipsos and Infotrak.
The polls are sponsored by Royal Media Services, and will be released exclusively by them.

This week’s polls were carried out between 17 and 20th January and as always, there is a big discrepancy between the two companies.

For the national vote below are the results.

Ipsos conducted its research via phone interviews, while Infotrak conducted both phone and face to face interviews.

Below are the findings on a region by region bases, for both companies.

All numbers are in percentage
© nairobiwire.com