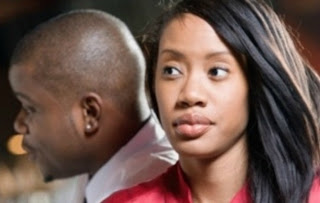 1. Not real. Nice guys are too nice. No one can always be that nice unless they’re a saint. They are busy being nice instead of being real and women instinctively don’t trust that. Bad boys “keep it real.” Nice guys don’t want to upset the apple cart.
2. Respect. No one respects a doormat. Nice guys don’t set boundaries or make any real demands. A bad boy doesn’t let a woman walk all over him or control him. Women can’t respect a man they can control. No respect equals no attraction.
3. Predictable. Most people lead boring, predictable lives, so they’re attracted to people who are exciting and a bit unpredictable. Bad boys are always a challenge. Nice guys are never a challenge. Predictable plus no excitement plus no challenge equals I prefer a bad boy.
4. Mother Nature. Women are designed to nurture. However, instead of doing this with children, they often end up doing it with bad boys. They think their love will save them. Nice guys rarely need to be saved.
5. Fixer-upper. Nice guys don’t usually need to be fixed. Bad boys usually do, so they become a project. Women think if they can “create” the perfect man, he will never leave them. Also, if they’re busy fixing someone else, they don’t have to look at what needs to be fixed in their own lives.
6. Fluid wars. Women are designed to procreate with the strongest possible genes. Bad boys are sending an unconscious message that they have great genes, so they’re not afraid of losing the woman by misbehaving. Nice guys are sending a message that they don’t think their genes are good enough, so they won’t misbehave.
7. Fear of intimacy. If a woman is afraid of intimacy, she subconsciously knows she can avoid it with a bad boy, since she can never get close enough to him to have to go there. A nice guy will eventually want a commitment, and that’s scary.
8. Low self-esteem: We don’t feel comfortable with people who treat us better than we treat ourselves. If you don’t think much of yourself, the bad boy is simply reinforcing your negative belief. A nice guy is treating you in a way you’re not familiar with.
9. S*x. Women feel a nice guy won’t be good in bed. They sometimes like to be manhandled and think a nice guy won’t be able to take control and get the job done. A bad boy comes across as being able to deliver, even though that may not always be the case.
10. Hot. Have you ever seen a bad boy who wasn’t hot? I’m sure there are a few, but they wouldn’t be able to get away with half the stuff they did if they didn’t look so good. Meanwhile, when a woman describes someone as a nice guy, she means, “He’s not hot.”
11. Charm. Nice guys don’t always know what to say and are sometimes at a loss for words. Bad boys can be very charming and know exactly what women want to hear. However, they eventually switch over to being selfish. By the time they reveal their true colours, the woman has fallen for them and has a hard time letting go.
12. Protection. Historically, men have protected women — physically and otherwise. Bad boys give the illusion of being able to protect women, while with nice guys, women aren’t so sure. Life is about balance. Most men fall into either the bad boy or the nice guy category. The ideal man is neither, but walks that fine line between the two. Until men learn how to do this, more often than not, women will choose the bad boy, until they realize that his bad qualities outweigh his good ones.
List of Blogs And Facebook Pages Identified For Spreading Hate Speech < Previous
Kingwa Kamencu To Get Married This Year, And You Can Apply To Be The Husband. Here Are The Conditions Next >
Recommended stories you may like: