Mbusi: I Have Not Resigned From Ghetto Radio 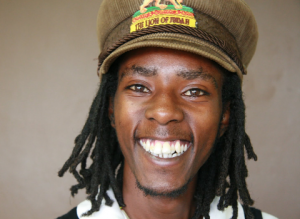 After two weeks unannounced silence, several people had started speculating that Mbusi had ‘stepped aside’ from his Ghetto Radio job, considering it is the season of defections among media personalities. The very popular radio presenter, who host the show, ‘Goteana’ alongside former street urchin Bonoko, had been missing in action for a whole two weeks.
Mbusi yesterday confirmed on his twitter handle that he was on a two weeks leave that effectively ended on Tuesday. “Wengine walisema eti nimehama ghetto radio eti oh eti ohh. Ilikua wiki mbili za leave. Kesho bak on air” he tweeted.
Mbusi has often been reported to be on his way out of Ghetto Radio. Earlier this year, Royal Media allegedly tried to poach him, taking him to either Radio Citizen or Hot 96. Despite negotiations been thought to have been at advanced stages, everything went silent, and many months down the line, Mbusi is still at Ghetto Radio.
© nairobiwire.com
Mohammed Ali: Why I Left That Station NTV < Previous
Syokimau Train Breaks Down Next >
Recommended stories you may like: