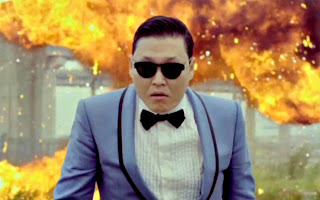 Psy‘s ‘Gangnam Stle’ has become the most-watched video ever on YouTube.

Psy, whose real name is, Park Jae-Sang, has had worldwide success with ‘Gangnam Style’ and has sold more than 4 million copies around the globe. He also bagged the first UK Number One by a Korean artist.

‘Gangnam Style’ attracts around 11 million viewers a day. Join millions across the world, by scrolling to the bottom of the page and clicking to view the most-watched video on YouTube ever.

Earlier this year, the high-octane video broke YouTube’s record for the ‘most liked’ video ever on the site after hitting over 2,234,180 likes. Guinness World Records reported that the video overshadowed LMFAO’s ‘Party Rock Anthem’, which had 1,574,963 likes, as well as Justin Bieber’s ‘Baby’ which had 1,327,147 likes and Adele’s ‘Rolling In The Deep’, with its 1,245,641 likes.

Since hitting the big time in the West, Psy has been approached by Justin Bieber’s management company and it has said the pair will work on a song together.

Mimi.co.ke: Julie Gichuru And Husband’s Online Clothing Shop You May Not Have Heard of. < Previous
State House Sent GSU Officers To Shut Down Noisy Concert Next >
Recommended stories you may like: