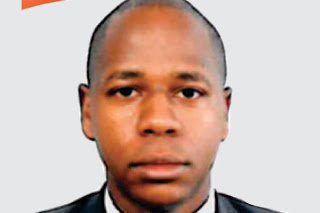 Peter Wahinya has had his picture on the newspapers everyday for the past two weeks for all the wrong reasons. The former Airtel Kenya employee is alleged to have stolen more than Sh 26 million from his former employer, and Airtel has gone the extra mile in notifying the public that ‘Peter is no longer their employee and should therefore not transact any business on their behalf ‘. Unlike previous publicity campaigns involving former employees, this particular one has lasted conspicuously longer.
Wahinya worked in Airtel’s account department, where he is alleged to have stolen Sh26,393,861. Airtel has already sued Wahinya and a Mr Omwenga, claiming the complete amount from them. The firm has had the businessmen’s three bank accounts frozen and stopped any dealing with shares, vehicles and residential apartments that they own.
The Commercial court granted Airtel’s application that the two businessmen be stopped from dealing with their shares in Mashariki Hauliers Ltd and other companies trading at the Nairobi Securities Exchange.

Wahinya owns several three bedroom apartments including NextGen Park and A2 Swara Court. Mr Wahinya and Mr Omwenga have been barred from dealing with four accounts they hold in Equity Bank and Co-operative Bank. A Doll trailer and a Mercedes Benz car, registered in their names, were also put under the order.
Peter Wahinya is an actuarial science graduate, having completed his studies at the University of Nairobi in 2005. He owns a fleet of trucks plying the Mombasa route and is also a shareholder at Mashariki Hauliers Limited.
Airtel has already spent more than 1 million to publicize Wahinya’s ‘plight’ and it is believed this move is meant to kill several birds with the same stone. It should serve to deter any employee contemplating pulling a ‘Wahinya’, as well as discredit him and forever destroy his CV.
© nairobiwire.com
M Pesa Signs Shirt Sponsorship Deal With Manchester United… and other silly stories this week < Previous
Controversy Mar Kisima Awards With Massive Walkouts And Artistes’ Snub Next >
Recommended stories you may like: