Confessions of A Gay, Married Man 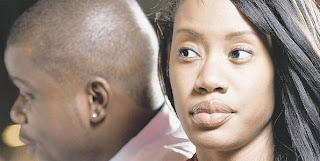 The map for most people’s lives is simply laid out by society and is generally expected to be followed. Go to school, work for a few years, get married, have babies, and live happily ever after. Nathan* fully intended to follow this map… until he found out that he was gay.

Nathan’s story is one fraught with pain and confusion. “As a young boy, I was shy and felt more comfortable relating with girls. I played kati and preferred to cook or knit instead of playing football. I felt weak around other boys and they usually made fun of me. Once, in primary school, a group of boys surrounded me and pinned me down to the ground to check if I was really a boy. It was humiliating.”
Escape to religion
Things got worse as adolescence approached. After he was circumcised, the community’s expectation was that the subsequent “natural” step for the young man would be to show more interest in girls in preparation for courtship and marriage.
It did not occur to anyone that Nathan, unlike his age-mates, felt no desire to follow this mapped route. Instead, he was grappling with an addiction to masturbation.
Ten years later, Nathan thought he had found an escape route when he became a ”born again” Christian. He was relieved that he did not have to chase after girls because he could hide behind his religious convictions. But the church seemed to provide only a temporary reprieve for his niggling “problem”: an attraction to men.
“I prayed and fasted, but the attraction increased alarmingly. It got to a point where I could not sit next to a man in a matatu without feeling uncomfortable. Then I became a youth leader in my church and the guilt multiplied tenfold,” he says.
As Nathan rose through the ranks in his church, the pressure to get married increased. “It was expected of me, but I did not want it. I did not want that lifestyle, the heterosexual lifestyle.
But I mistakenly thought I could ‘cure’ myself if I just did what everyone said I was supposed to do. That was what was required of a church leader. There were a number of girls vying for my attention because I was a good catch. I was not only prominent in the church, but also seemed to have most of the qualities that church-going girls look for.”
He was eventually compelled to marry his girlfriend at the time, whom he admits that he did not love. And 20 years and four children later, Nathan is still married — and still gay.
Like any responsible father, he says he loves his children unreservedly and that his sexuality has not in any way affected his relationship with them. But the guilt of living a lie was so overwhelming that Nathan decided to leave the church.
“I had to. I was teaching the congregation about the abomination of a man sleeping with another man. It was complete hypocrisy. I had to leave.”
His sexuality, however, has remained a closely guarded secret. “Of course, I cannot tell anyone. The only people who know are those I have met along this walk, or people I have had affairs with — some even in the church. My friends are either married and gay like me, or younger and gay, but even then I cannot socialise much because I want as few people as possible to know my secret.”
Wife is suspicious
Even though he thinks his wife has her suspicions — especially since she often asks him why most of his phone conversations are with men — Nathan believes that she would find it difficult to confront that reality as she strongly condemns any hint of homosexuality in television programmes.
“We have not had sex in years, but I cannot leave her. I also love my children and I can never think of telling them that their father, whom they look up to and love, is gay. If my children were gay, though, I would understand their situation and simply counsel them because I know that this happens. After all, it happened to me.”
Despite an outward display of being a happy family man, deep inside Nathan is afraid he may never find real love. As a 45-year-old gay man in a heterosexual marriage, he has resigned himself to meeting people who want to blackmail him with threats of exposing his secret — something which has happened on two occasions — or those not interested in a long-term relationship because he is too old.

Not uncommon in Kenya

“I am living a double life and I really do not know how long I can keep this up,” says Nathan.
Nathan’s dilemma is apparently not uncommon in Kenya. According to Maurice Matheka, a relationship counsellor and sexologist, there are many gay men who are married to women. And more often than not, their wives know about it.
“I have had a woman come to me and say she had no idea that her husband was gay. But after a few sessions, she confessed that she had seen the signs and chosen to ignore them,” says Matheka.
It is not easy for gay people to declare their homosexuality because of fear of reprisal (some have been physically attacked) and rejection on grounds that such sexual orientation is “unnatural and unAfrican.
“History hides a lot of what went on in African traditional society. Homosexuality did exist in traditional Africa. It was not the white man who brought it here. If anything, there are quite a number of sexual practices they took from us,” says Matheka.
Not 100 per cent homosexual
Chris Hart, a psychologist, claims that gay men are not usually 100 per cent homosexual. He argues that many of them are bisexual.
“Most bisexual men go through phases. They like men early in life and in their adolescence may even have full relationships with older men. After that, it could go either way. When a woman meets a man when he is in his ‘I like women’ phase, she cannot tell that he is gay, as he is in a phase. She can only see that he tends to understand her more and is more sensitive to her needs than other men she has been with.”
It would seem that in all other things, the relationship is the same as a heterosexual one, with the normal needs for intimacy, commitment, and trust. But do men always know that they are gay?
Hart says they do not really have a choice. “Yes, there is no gene for bisexuality, but there have been studies that prove that bisexuality runs in families. In a set of male twins, if one of the twins is gay, the other one is likely to be gay as well. And they probably have gay maternal uncles as well, as it is passed down maternally.”
Why then do men marry women even when they know that they are gay? As in Nathan’s situation, it can be a combination of factors. He did not tell his girlfriend, first because he thought he could “cure” it, then he thought he could hide it from a society.
“Coming out is dependent on risk and politics,” says Hart. “In a country (like Kenya), where the risk and proliferation of sexual disease is high, hatred for homosexuality is high. When the risk is low, no one thinks it is a big deal. There is no specific age where the phases end or start, or when most men decide to come out.”
Fran Drescher, an American actress, found out that her husband was gay, but took it in her stride, formalising an amicable divorce and even remaining his friend during his journey out of the closet.
This almost never happens in Kenya. There are cases of gay men bowing to societal pressure, biting the bullet, and tying the knot, especially among rigorously religious communities.
More often than not, the women stay with their men, feeling the shame of having been ignorant or battling with the fear of leaving their not-so-comfortable zones as this could affect their families and careers. Some women prefer a quiet separation to close that chapter of their lives.
Matheka notes that there is a large number of gay men running around purporting to be straight. “Women cannot afford to ignore their primal instinct, choosing instead to try to stifle the gayness of the man with hope and love.”
The number of men coming out of the closet and declaring their sexual orientation is rising because, according to Matheka, society is increasingly allowing men to be who they really want to be.
“Everything comes out eventually; every deceptive foundation has an expiry date,” says Matheka.
*Name changed to protect privacy
This article was published on Saturday Nation 3rd November
Controversy Mar Kisima Awards With Massive Walkouts And Artistes’ Snub < Previous
Cecilia Mwangi Admits Being Second Wife To Coast MP Next >
Recommended stories you may like: