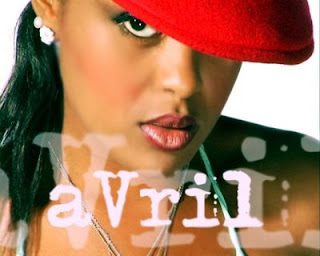 Beats by dr dre are considered a sign a of swag by every young man in Nairobi.. and now the rest of the country is catching up. The multi coloured super expensive brand of headphones have become a must have in Kenya and the world, in the process making Dr. Dre the highest earning rapper in 2012, earning more than Jay Z, Kanye West and Drake combined.
Their popularity also explains why the Chinese have joyfully taken up their usual role. Rough estimates have it that at least 90% of the beats by dr.dre headphones moving around Nairobi are fake. Most of these are bought for less than Sh 2000, mostly in shops along Moi Avenue, Tom Mboya street, or the infamous Luthuli avenue. An original beats by dr. dre is well beyond the reach of ordinary Kenyans, retailing at around Sh 10,000, with some going above Sh 20,000. The smaller earphones sold for sh 250 should actually retail in the region of Sh 2000 were they original.
Now, to tap into the growing headphone business, Kenyan artiste Avril, together with the Innovators Society of Kenya, are set to launch their own brand of earphones. They’ll hit the market under the brand name Gs N Fs, whatever that means. The first consignment should arrive by Christmas this year, and is expected to be of around 20,000 units.
We wish them luck.
© nairobiwire.com.
Tahidi High In Danger As NTV ‘Opens’ Their Own High School Drama < Previous
Kibaki Painfully Registers As A Voter.. And Other Painful Experiences This Week on Social Media Next >
Recommended stories you may like: