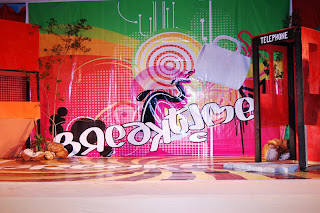 The monopoly of Tahidi High in the ‘High School’ business is set to be cut short by a new television series set to be aired by NTV.
Breaktime is its name and though its production has largely been kept secret, it is believed that it will be fresher than the Citizen’s Tahidi High. The latter has over the years lost most of its pioneer ‘students’ among them OJ, Shish and Tanya, due to the 844 system, and unfortunately lost lots of viewers in the process. Today’s Tahidi High is just a shadow of what it used to be, and Breaktime is hoping to take advantage of this.
It will combine comedy and the much sought after drama.
“Its hilarious, rib smashing, fresh and original, The content here is generated by Kenya’s freshest comedy minds…their wit is wild and their delivery is absolutely spot on.”said one of the creators.
© nairobiwire.com
Hate Speech Musician Muigai wa Njoroge Elected TNA Chairman < Previous
Avril Comes For Dr Dre’s Market As She Launches Her Own Headphones Next >
Recommended stories you may like: