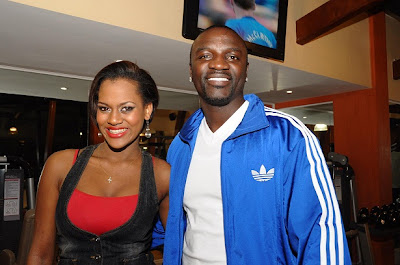 If you still haven’t heard, there is a new girl in town, and she means business. Her name is Makenna and she’s a daughter to the famous Esther Passaris. For the past few days, Makenna has been hitting headlines for all the musical reasons.
The lady is still a teenager, 16 yrs to be exact, and she’s already doing it big, never mind that she launched her music career on Monday last week. Not many artistes get good coverage a few days into their careers, but Makenna is not any other artiste.
Based in the UK, Makenna discovered her passion for music in October last year and has since recorded several songs and videos. She wants to be the first Kenyan to win a Grammy.
Her entry into the music scene was well choreographed, and this may be partly attributed to her mum’s influence. On Sunday, she was among the artistes lined up to perform during Akon’s family concert. According to her, Akon asked her to perform and she said yes. On her Facebook fan page, she wrote, “Just met Akon, he’s so cool! He asked me to perform tomorrow during the family show and I said YES!!! :)”.
That was followed by, “This week has been nothing but spectacular, and I thank each and everyone of my family, friends and fans for all the support and words of encouragement. My biggest highlight was meeting one of my favortie artist, Akon, yesterday.I also met Akon’s Tour Manager (a really nice gentleman ) who understood my desire to work with and be signed by Konvict Musik. He suggested I perform three songs at the Akon Family Concert today at 3pm, at the Carnivore Grounds. If you can, please come and watch as I make my stage debut. Wish me luck. Cheers!”
Not sure if Akon knew that it would be the first time Makenna stepped on a stage to perform. On Sunday, she posted this on her account, “About to go on stage for my first live performance at the Akon family concert. The crowd looks anxious with anticipation.I hope I survive this and learn from the experience 🙂 Wish me luck! Cheers.”
Esther Passaris was in the meantime dishing out Akon’s Sh 2500 concert tickets to random Facebook fans of Makenna. She gave out 10 for the Saturday concert and another 10 for the Sunday one. On her Facebook page, she wrote,”I shall give 10 random fans who like her page tickets to the Akon concert tonight and 10 for the family show on tomorrow. These 20 fans will also receive an autographed copy of her Album CD in January, 2013.”
© nairobiwire.com
‘Ugali Sosa’ Singer Man Ingwe Joins Politics < Previous
Safari Park Hotel Fire Given Media Blackout Next >
Recommended stories you may like: