Man Ingwe To Vie For Senator On an ODM Ticket 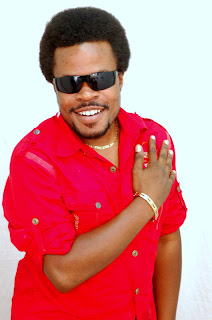 The man behind the smash hit, ‘Ugali Sosa’, Man Ingwe, has joined ODM and will be running for Kakamega County senator.
Man Ingwe, real name Ambrose Ambindi said, “My party of choice is ODM. The senator’s role is not a local county role but a national role.” He added that a vote for him would help give the young people a nationwide voice.
The artiste has worked in various fields, including Micro Finance, Education sector and the Telecommunication sector. Apart from singing, Ingwe runs a taxi business, which he intends to grow. He also has his own production company, and is in the process of launching a clothing line.
Man Ingwe said he will base his campaign on talent development, with a focus on arts and music. “Opportunities at county like tenders will be given to the youth and woman only then can they grown and establish themselves. I will base the campaign on talent development in arts and music.”
© nairobiwire.com
Trey Songz Coming To Kenya ?? < Previous
Why Esther Passari’s 16 yr old Daughter is Making Headlines Next >
Recommended stories you may like: