By Ken   /   Sunday, 28 Oct 2012 08:44PM   /   Leave a Comment
Safari Park hotel was burning on Saturday. Dense smoke was seen rising from the landmark hotel along Thika Road. The fire was believed to have started in one of the kitchens, and was contained after some minutes. The hotel staff are alleged to have chased away journalists, and the story was somehow given a media black out.
Safari Park has played host to the National Prayer Breakfast for the last few years, and has played a big part in Kenya’s tourism. 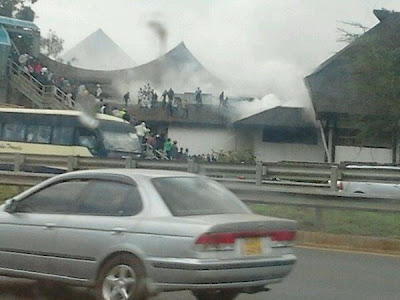 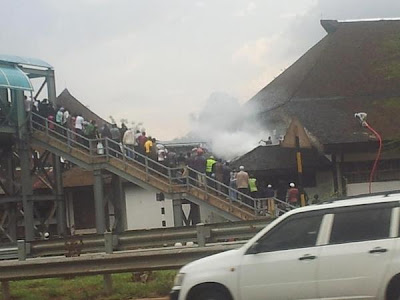 © nairobiwire.com
Why Esther Passari’s 16 yr old Daughter is Making Headlines < Previous
Akon Buys Elephant On His Way To Carnivore, Nairobi Next >
Recommended stories you may like: