Sergeant-at-arms Reportedly Asked For A Bribe 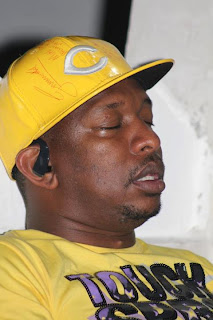 Harun Omon Okal, the Sergeant-at-arms allegedly assaulted by Mike Sonko has been suspended for two weeks. It had been claimed by the Star newspaper that Sonko had slapped attorney general Githu Muigai, but it was later revealed that it was Okal not Muigai, who was assaulted.  Reportedly, the senior official had intervened when an angry Mike Sonko confronted the attorney general, and that’s when he ended up becoming the victim.
Omon who had filed a complaint against Sonko at Parliament’s Police Station withdrew it on Thursday, claiming he had forgiven Sonko. He later claimed that his withdrawal was under coercion. The Makadara legislator on the other hand said that the Sergeant-at-arms tried to extort money from him unsuccessfully. Parliament has meanwhile recommended that the deputy OCS at Parliament Police Station be transferred for not handling the saga professionally.Police spokesman Eric Kiraithe further said that disciplinary action would be taken against the deputy OCS for facilitating reconciliation between Sonko and the Sergeant-at-arms, which is unprocedural.
© nairobiwire.com
5 Things American Movies Teach Us < Previous
Shebesh Becomes Uhuru’s ‘Right Hand Man’ Next >
Recommended stories you may like: