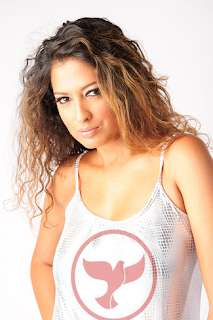 Reports indicate that media personality Eve De’Souza has been hired by Uhuru Kenyatta’s TNA as its communication director. A few days ago, Eve had described her admiration for TNA but came just short of admitting she was under consideration for a job there. “I’m very impressed with TNA, what they stand for and intend to achieve with this country. I believe their motives to be sincere and it definitely is time for the youth to steer this nation forward. I cannot comment as yet in regards to whether I will be directly involved with the party.” she said.

It has been reported that she is now in the process of negotiating a salary with the party and will put pen on paper soon. Her job at TNA will be handling all form of communication, both internal and external. She will also be in charge of the media and PR departments, critical to any campaign.
Eve De’Souza was a long serving presenter at Capital fm, before resigning in 2010. She then went into business, setting up a company called Moonbeam productions in partnership with Citizen TV’s Janet Mbugua. The company deals in TV productions, directing, script writing and production of commercials.
© nairobiwire.com.
You Know She Is Nairobian If… (Hilarious) < Previous
Jalang’o Buys Sh 10 Million Range Rover Next >
Recommended stories you may like: