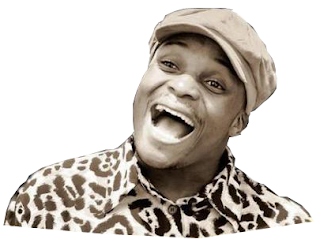 Seasoned comedian and radio personality Jalang’o has bought himself a well deserved Range Rover. According the entertainment site Ghafla, Jalang’o was some time back torn between buying a Range Rover and a Mercedes Benz. He settled for the classier and ‘sure sign of wealth’ Range Rover, the make being Overfinch.
Overfinch is basically a modified version of a Range Rover, mostly enhanced in appearance and performance. The base vehicle may be any of the known Range Rovers like Vogue and Sport. One unit goes for around Sh 10 million depending on the customizations, and so we can safely assume that Molo Milk is paying jalang’o quite well.
Overfinch is a preferred brand by celebrities, mostly footballers. Liverpool’s Steven Gerrard owns his and so does Wayne Rooney’s wife, Coleen.
Jalang’o joins the growing list of local celebrities who prefer riding in a Range Rover. Jaguar recently acquired his. Uganda has also not been left out from the new craze. Jose Chameleon was just recently spotted in a brand new one, fitted with customized number plates.
© nairobiwire.com
Uhuru Kenyatta Hires Eve De’Souza To Work At TNA < Previous
10 Rules To Know If Your Phone Is Fake (Hilarious) Next >
Recommended stories you may like: