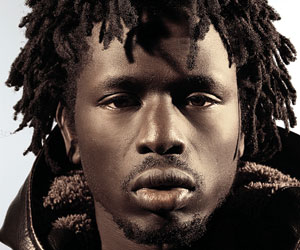 Rapper and peace activist Emmanuel Jal is the latest victim of South Sudan brutal police force. The former child soldier was smuggled into Kenya when he was just 11 and studied in Nairobi. He has since become a peace ambassador and renowned rapper.

Jal was in the outskirts of Juba when police stopped him and reportedly stole his mobile phone before beating him unconscious. The total number of police beating him is reported to have been 5, with another 15 watching and doing nothing. It is not clear whether the rogue officers knew who they were dealing with, but initial assessment showed that Jal could have been a victim of the rising random attacks by the police.
Emmanuel Jal is in Juba as part of the “We Want Peace” concert scheduled for later this month.  The artiste reported the incident and police have promised to carry out quick investigations. This is the latest in a string of attacks directed at civilians by the South Sudanese uniformed forces. Several Kenyans have been attacked and some of them killed in the last few months, leading to some Kenyans thinking they were being targeted. It is however emerging that it is just a general indiscipline by their police, since even native South Sudanese have suffered under the hands of their own police and army.
© nairobiwire.com
John Harun Mwau: Kenya’s Undisputed King of Facebook < Previous
Karima High School Bus Stolen Next >
Recommended stories you may like: