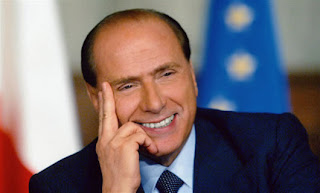 Former Italian Prime Minister Silvio Berlusconi is on holiday in Malindi, the Nation can reliably report.
Mr Berlusconi arrived quietly in the North Coast seaside holiday resort in a private jet last Friday accompanied by some members of his family.
The Italian billionaire is staying at the exclusive Lion In The Sun residence owned by compatriot Flavio Briatore.
The visit was confirmed by the Italian consul in Malindi, Mr Roberto Macri, and the Italian community committee chairman in Malindi, Mr Silvano Celotto.
“Mr Berlusconi’s visit here is very private. He wants to have a peaceful quiet holiday and I don’t think he would be available for any media interview,” Mr Celotto said on phone on Tuesday.
The former Italian Prime Minister’s visit is a major boost for the local tourism industry which has received a plunge following the economic crisis in Europe and Kenya’s insecurity concerns: recent clashes in Mombasa and the current violence in the Tana Delta that has left over 100 dead.
Mr Berlusconi, who is the owner of AC Milan Football Club is Italy’s sixth richest man with a net fortune of $5.9 billion, according to Forbes.
He served as Italy’s PM in 1994, 2001 and 2008 until 2011.