Robert Alai Under Attack For Not Paying 3 Month Electricity Bill.

Robert Alai And @RamzZy_ Exchange Unprintables Before Their Combined 28,000 Followers, Over An Allegedly Unpaid Electricity Bill. 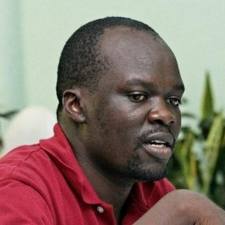 What started as one of the many tweets by Robert Alai, escalated to a full blown attack aimed at the controversial blogger. While showing his disapproval for Kenya Power’s billing system, Alai tweeted, ” Kenya Power just slapped me with a bill of Ksh 8,000 up from a previous average of Ksh 1,500. I don’t know what I did.”

Kenya Power responded and requested Alai for his account number which he gave them. Soon @KenyaPower communicated that Alai’s bill was a cumulative 3 month unpaid electricity bill. Alai was not taking that lying down. He soon tweeted,

As is his norm, he embarked on a dedicated period of Retweeting any tweet that was attacking Kenya Power.
The blogger then added a new twist when he told his over 20,000 followers that he had finally discovered who was tweeting on behalf of Kenya Power, and surprise surprise, it’s non other than the faceless Frankie of the blog ‘media madness’. Whatever the source of Alai’s intel was, he seemed to believe it because he then entered into a period of attacks aimed at the ‘previously anonymous’ blogger. This is what he tweeted.

Just been informed that it is Frankie aka Media Madness who handles @kenyapower and @BarclayBank twitter accs through ScanGroup.

That was soon followed by:

So Media Madness pushed for both Kenya Power and Barclays to post my private details online because I posted his image online
The true names of Media Madness is Francis Karuga Gamu and he works at Scanad as Social Media and Copy-Writing Executive.
Media Madness has promised his colleagues that he will make me “hara”. Let us compete and see who is best at this.

When this became too much, another heavy weight tweep, @RamzZy_ joined in and he didn’t have kind words for Alai.
Through a string of well coordinated attacks, @Ramzzy_ tweeted to @RobertAlai what he claimed was the truth. Here are some of those tweets.

Yo, Robert Alai needs a wife… Or another hobby. SMH
If you rant about your bank & they are forced to tweet your details or insult KPLC then get mad at people when they tell you the truth Keti!
iPad ya Robert Alai inatumia mafuta taa ama kuni? 3months no elec but the tweeting pattern hasn’t changed one bit.
Alai should be the last person to talk about his name being dragged through the mud. He’s a slander king on his blogs & twitter accounts
@MugomiKange Why would anyone use corporate accounts to settle personal scores? No one sharp enough to get those jobs can be that stupid.

Another big tweep and IT expert, Idd Salim, joined the conversation by tweeting what was probably the last dent in Alai’s ego. He wrote,

Probably Referring to the ‘surferer’ nature of the famous blogger, as someone else put  it.
Robert Alai was clearly not ready for such attacks because unlike his character, he was unable to tweet back at his attackers and ended up retreating. He however made a few tweets that cemented the loose mouth image he often displays. This is what he told @RamzZy_.

@RamzZy_ kwani I blocked your mamas punani not to give birth to you earlier? Why are you desperate to look 25. Maybe you are 52yrs
You claim that so-and-so is old and you are young? Ask your parents what important thing they were doing when he was being born

© nairobiwire.com
Anne Kiguta Headed To Citizen TV ? < Previous
Fidel Odinga To Hold Second Wedding In 1 Week Next >
Recommended stories you may like: