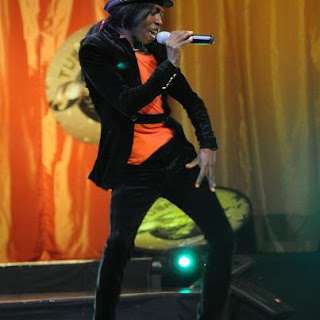 Tusker project fame finale was held on Sunday night and as you probably might have heard, Ruth Matete from Kenya won. From the word go, she was the favourite and has consistently performed better than everyone else. Not even once did she receive a negative comment from the judges. When she was controversially put on probation, the public voted her back in. That aside, the final show was good but could have been much greater.

Unlike the likes of American Idol, X Factor and even big brother closer home, EABL does not spare some money to bring big artistes to perform live on stage. This season has not been any different. A few weeks back, Ugandan Jackie Chandiru, known for her hit single ‘Gold Digger, made an appearance. Towards the end of the season, it was thought that Tusker would bring big, recognizable artistes but they did not. Sanaipei Tande was however brought in to fill the gap. The season finale saw Camp Mulla give what can be described as a lackluster performance dressed in wanting clothing. Despite their big name, the group failed to wow proving once again that they are not the best live performers.
Raising the curtains for Camp Mulla was Samuel Gitau, the guy who was featured heavily in the Tusker adverts during TPF commercial breaks, singing Michael Jackson’s thriller. Whatever motivated EABL and the organizers of Tusker Project Fame to give the stage to a mediocre artiste was clearly suspect. Maybe it was for the sole purpose of entertainment but it in the process subjected Gitau to eternal ridicule.
TPF season 5 is now over and it is agreed that it contained on of the most untalented lot. Unlike past seasons which struck a balance, TPF 5 contained two or three very talented singers with the rest having little to no talent.
Away from the contestants, Tusker should now ‘re-brand’ the show, if there will be season 6. The stage and backgrounds have consistently been ugly and dull. It would also be wise to overhaul the presenters and faculty. Sheila, who has been around since the first season, seems to have lost touch with the audience. Mitch on the other hand tends to be so monotonously boring.
I guess Tusker should take cue from Simon Cowell, who changes his X Factor judges whenever the ratings go down.
© nairobiwire.com
Raila Joins Team Prezzo < Previous
BBA’s Alex Refuses To Apologize For Nominating Prezzo. Next >
Recommended stories you may like: