By Ken   /   Monday, 23 Jul 2012 07:53PM   /   Leave a Comment
A Kenyan based in the UK will spend 3 years in jail after he was arrested for involvement in a phishing scam that stole over Sh 200 million from students.
26 year old, Amos Njoroge Mwangi was part of a scam that stole bank account details from UK students. Njoroge and co. would send emails to students who had applied for government’s study loans, telling them to update their loan account details, via a bogus link. The link would lead to a phishing website, ie one made to completely resemble the real government website, and collect their details. 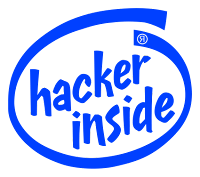 Njoroge and his scam mates would then drain funds from the accounts, stealing as much as Sh 600,000 at a time. Computers seized at Njoroge’s home in Rochdale Way, Deptford, revealed that he had technical knowhow to create phishing emails and websites. He had previously worked as a data administrator at Hackney Community College in London.
Njoroge pleaded guilty to one count of fraud by admitting to sending at least 50 phishing emails.
© nairobiwire.com
Gor Mahia Fans Mutilating Tom Mboya Statue. [Primitive Energy] < Previous
School Teacher Beats Father And Son. (Hilarious) Next >
Recommended stories you may like:
How Tech Startup Olive is Shaking Things Up
You’re The Man of My Life, Nandy tells Rapper Bill Nass After Proposal
ODM Website Hacked. Redirects to a Porn Site
Netflix Launches Fast.com, An Incredibly Simple Internet Speed Test