Lionel Messi Does Not Make It To The Top Ten. 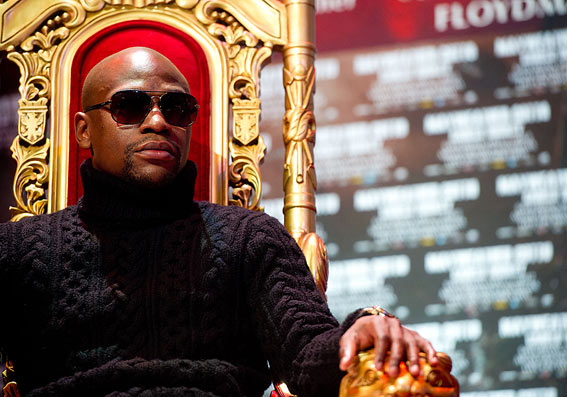 Forbes have released their annual list of sports top earners. This year, boxer Floyd Mayweather (currently serving a 3 month jail term) tops the list. Former world number one golfer, Tiger Woods who has held the position for over a decade slipped to number three.

Mayweather collected a total of $85 million from just two matches, one with Victor Ortiz and another with Miguel Cotto. For 12 months, Mayweather fought twice spending less than an hour in the ring, yet made much more than Lionel Messi who spent thousands of hours on the pitch. His own company does his promotion, therefore maximizing the revenue.
It seems if you want to make good money you should get into boxing, because another boxer, Manny Pacquiao stands at number 2. He made $62 million with $6 million coming from endorsements unlike Mayweather who got nothing from endorsements.

David Beckham is still the highest earning footballer standing at number 8 ($46 million) with Cristiano Ronaldo following closely at number 9 ($42.5 million). This is despite the fact that Cristiano made more than double what Beckham made from playing soccer. Most of the Beckham’s money is from product endorsements. Lebron James leads the basketball community standing at number 4 with earnings of $53 million, a big chunk of which comes from endorsements.