England Fan Who Revealed His ‘Privates’ For The Camera, Is A Billionaire

By Ken   /   Wednesday, 27 Jun 2012 10:47AM   /   Leave a Comment
The Sun newspaper showed a picture of a man who flashed his penis as England was taking its penalties, during their match with Italy. The man, who would have gone unidentified were it not for the high resolution zoom features in football cameras, has finally come out, and surprise surprise, he’s a billionaire.
Tim O’Leary is a 35 year die hard England fan and he travels with them anytime they have a game, in any  country, leaving behind his Ksh 800 million house. He was disappointed that England did not take the lead in 90 minutes and again in extra time. When penalty shoot out came, he happened to be on the opposite side of the goal posts to be used. Unlike any ordinary fan who would just stand and watch from the big screen, Tim had to sprint to the other goal post, for the perfect view.
The shootout was going perfectly for England with Italy missing one, but then it all started changing. After England’s first miss, he had to do something. Disregarding what those around him thought of him, he pulled down his pants. They remained that way until Italy scored the winning penalty. Within this time, he was already on the camera’s field of view. The next day he was on the front page of a national newspaper.
In a subsequent interview with The Sun, Tim said that he follows the Three Lions everywhere. ” I was with them in Portugal in 2004, (EURO), and the last two world cups in Germany and South Africa. 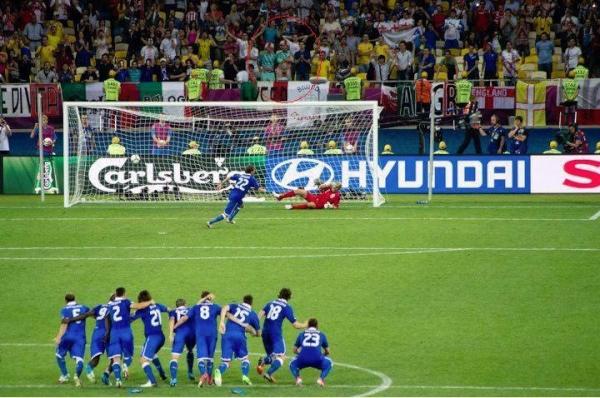 © nairobiwire.com
TPF’s Alpha Attacks EABL For Not Sponsoring His Event And Overall Neglect. < Previous
What Your Phone Says About You .(HILARIOUS) Next >
Recommended stories you may like: