What Your Phone Says About You .(HILARIOUS) 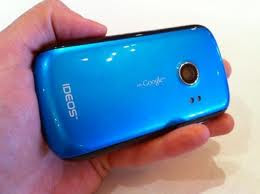 1) The iDeos (commonly referred to as the idiot).Referred to as the idiot because its users are mainly idiots. The same people who rush to buy stuff just because it is on offer-stuff like mathuruareza Ngara, Komeleras on offer, penis enlargement pills and cheap liquor. For most, the iDeos is an upgrade from the phones they had. Being the cheapest android phone in the market, ladies, please don’t date ideos users, especially if you’re sure the bill will surpass the 300 bob mark.
2) The Nokia. The Asha series is mostly for ladies who like big ‘things’ that can fit perfectly in their hands. Asha phones are for people who can’t afford proper Nokia’s like the E-series. If you own a Nokia with numbers denoting its series (like 3310), we can safely assume that you still own a Kencell
simcard and you have cracks in your feet. You also partake hormonal beers like Summit lager and Pilsner lite if you are a dude. If you are a woman, well, you are the kind that asks the I.T guy whether installing a 32-bit O.S twice will make your machine a 64-bit. If you own a twin-sim Nokia, you are a con, a hopeless romantic or a local business person with a nagging spouse. I get it, Nokia’s are very handy phones, especially those ones that have ‘fat’ chargers….the vibrate on them is just awesome. Ok.Motorola-The last time I saw a Motorola phone was two years ago. If you own a Motorola phone you are dead to me. Moving on….
3) Samsung-If you own a Samsung Galaxy I salute you; with my middle finger. That’s just a zoomed in ideos bro. We get it that you love big things, but really? Guys with Samsung smart phones have belt/bra pouches for their phones, same people who deposit massive amounts in their M-Pesa accounts in a bid to impress M-Pesa attendants. Those who own Samsung touch phones are very flashy people, picking calls with no regard in queues and watching YouTube videos on full blast in Jeevanjee Gardens.
4) Blackberry users, well, there’s nothing much to be said here. These are business men/ women who shop for clandes using BBM. Blackberry is a name; sadly it’s just a name. A Blackberry is not a smart phone, it’s just a phone that has so much respect for the dead that there are even outages when people like Steve Jobs die. Pro tip: Turn your Blackberry into an iPhone running IOS5 by simply removing the battery-sadly Blackberry users won’t get this joke.
5) iPhone users are the epitome of elegance; if you own an iPhone, use public transport and live in a rental house you have low sperm count. IPhone users are at the top of Maslow’s hierarchy; you cannot have an iPhone and drive a Vitz. No, those two are mutually exclusive. You cannot have an iPhone and also use 4square, no; you become a disgrace to primitive Kenyans everywhere. You cannot own an iPhone and listen to riddims, or have a weave or shop an eNGARAsha. In fact you cannot call yourself a sufferer if you own any apple product; unless it is a Chinese version of the iPad (commonly known as HiPad and the apple at the back has been bitten twice).
6) Alcatel and LG users are on a class of their own. I won’t call them anything that won’t offend them. These are people with abnormal fetishes like foot jobs, who like trying new positions in bed and are atheists. They mostly shop at Gikomba, Muthurwa, Toy market and along roads. They are the main consumers of roadside products like roast maize, peanuts and yams; which in turn makes them the most ardent buyers of dewormers.
7) If you own a China phone we cannot be friends, I’m sorry but I value my ear drums more. Who buys a phone that has a feature that can change the users’ voice? As a matter of fact, if your phone has more than two Sim cards it is Chinese. If you can hear your phone ring in a club it is Chinese. If it has a ‘BMI Index’ calculator and an aerial it is Chinese. If it has a funny name like ‘Thamthung’, ‘iPone’,’Nokla’,’Forme’ or ‘Mblakbery’ ; came with more than one battery, has a radio, T.V and you don’t get results after Googling its name it is Chinese. Basically, if your phone has Chinese as a language option, or begins to charge every time you are near a socket outlet I’m sorry.
8) If your phone has a torch, weweni certified sufferer. Come for your certificate. Same people who use stoves and charcoal iron boxes.Keg drinkers.Night runners. You either drink too much or have lost too many phones, or you live in a very insecure place. Bottom line, weweni sufferer. Watuwaka-quarter-quarter sugar, rice, meat and even vegetables.
9) Flap phones are for people who still watch ‘The bold and the beautiful’. They drink Stoney and Allsops. They think ‘Zangalewa’ are the westlife of Kenya and ‘Fair and handsome’ is the next best thing after dextrosol.
© Gathukimundu
England Fan Who Revealed His ‘Privates’ For The Camera, Is A Billionaire < Previous
Jaguar And Mike Rua Slam Kamande wa Kioi, De Mathew And Muigai For Their Music. Next >
Recommended stories you may like: