BBA’s DKB Set To Be Kicked Out After Slapping Zainab.

Zainab Tried To Have A Peep At DKB Taking A Shower 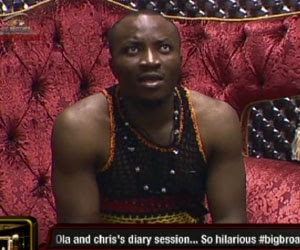 Ghanaian representative to the big brother DKB is waiting for his fate after slapping fellow housemate, Zainab. Zainab was trying to peep at DKB in the bathroom before the Ghanaian comedian came out and confronted Zainab, telling her to behave like a woman. They exchanged words and DKB ended up slapping Zainab. The other housemates came and stopped the fight from escalating. Big Brother immediately called the Ghanian into the dairy room.

A few weeks ago, DKB and Prezzo almost went into a fight. Big Brother just gave them a punishment, but the consequence of a real fight is getting kicked out. Two years ago, Hannington Kuteesa assaulted fellow housemate Lerate and was immediately sent home. The probability of a DKB exit is therefore almost certain.

UPDATE: Both DKB and Zainab kicked out.
Here is the video of the slap.

© nairobiwire.com
Hilarious Slaps Galore.. (VIDEO) < Previous
Train Hits And Kills Student Inside Kenyatta University. Next >
Recommended stories you may like: