Video Of Prezzo Telling Barbz To Get Impregnated Goes Viral.

He Told Her To Look For A Man To Impregnate Her. 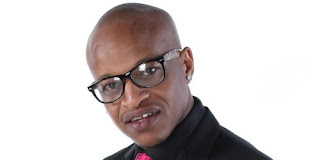 Our man Prezzo is getting naughty in Big Brother all stars.The video which showed him verbally attacking a helpless Barbz just got viral after it was picked up by popular website WorldStarHipHop.com.

By the time of this writing, the video had been viewed over 170,000 times on that website alone. This is not counting the number of times it has been viewed on other video sharing websites.

On the video, Prezzo tells Barbz to look for a guy to impregnate her before she gets to 35 years. She is 34. Prezzo sarcastically asks her whether she has her own family. This is after Barbz started getting defensive. The clip concludes with Prezzo saying,” I put you in your place, didn’t I.”
For some people who are following the show, Prezzo actually put Barbz in her place, while for others , he was very arrogant. However, from the comments on WorldStarHiphop.com, Prezzo was completely wrong to treat a girl that way.
Hoping our Prezzo can use this publicity to bring home the prize, because as they say, any publicity is good publicity. Here is the video.
© nairobiwire.com
NTV, Remove ‘Nandi’ From Mali Advert At Kencom Bus Station. < Previous
Was Jicho Pevu’s Mohammed Ali Framed? Next >
Recommended stories you may like: