They Spent Close To 5 Hours Playing And Teasing Each Other. 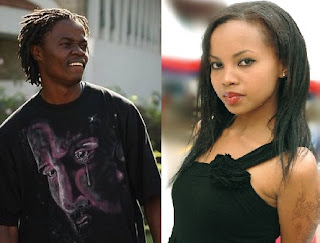 They have denied being an item, but now it is clear Juliani and Brenda Wairimu are dating. At one time, Juliani was confronted with the question, but he categorically stated that he was not seeing the Mali actress. In his own words, Juliani said,
“Brenda and I are not in a relationship. In fact I’m surprised by these rumours,”
A few days ago, the two were spotted together at the Carnivore, Nairobi. It is said they spent close to 5 hours together taking chatting and taking photos of monkeys.They played and teased each other for a loooong time. They have previously been spotted together taking coffee at Java coffee house, along Koinange Street. Clearly, their denial is far from the truth.
© nairobiwire.com
It’s Official, Prezzo Representing Kenya At BBA Star Game. < Previous
Rooney’s Overhead goal Voted Best Goal In 20 Years. Next >
Recommended stories you may like: