Harun Mwau Hits And Kills Pedestrian, With His Car 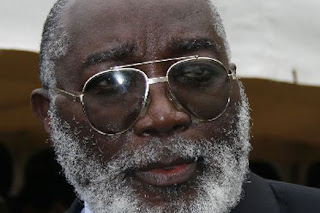 A vehicle belonging to Kilome MP and US named drug lord, Harun Mwau,this morning hit and killed a pedestrian near the Nairobi Serena hotel. Witnesses confirmed that the minister was driving himself. He was leaving the city centre in a Mercedes Benz. The mp called his aides immediately after hitting the man and left the scene in another car. Police have said they are investigating the accident before they charge mwau.
A few months ago, Mwau had claimed that his car was sprayed with bullets by unknown gunmen. Police commissioner later rubbished those claims.
© nairobiwire.com
Njeru Githae’s Son Commits Suicide. < Previous
Car Split Into Two, In Horrifying Accident (VIDEO) Next >
Recommended stories you may like: