Florentina Coach Beats Up His Own Player. (VIDEO)

“The player started clapping sarcastically at his manager” 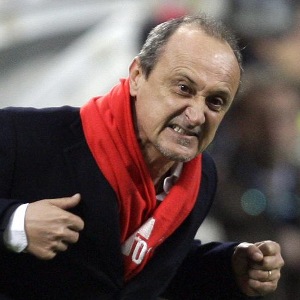 Coaches are known to be angry when players fail to perform in the pitch. Roberto Mancini was so angry with Tevez that he swore the Argentine would never play for him again. One coach however took it to a whole new level.

Florentina manager has been fired for punching his own player. The player, Adem Ljajic, was substituted by Delio Rossi but was clearly unhappy with the decision. He is not one go out quietly though. He started clapping sarcastically at his manager uttering some unclear words.

“Rossi suddenly jumped on the player, grabbing his left arm and hitting him repeatedly with his right arm to the face, until some employees removed him from Ljajic with difficulty.” witness.
Florentina which was playing against Novara. The two teams drew 2 – 2.
Here is the video.
© nairobiwire.com
10 Funny Auto – Complete Phone Messages. < Previous
It’s Official, Prezzo Representing Kenya At BBA Star Game. Next >
Recommended stories you may like: