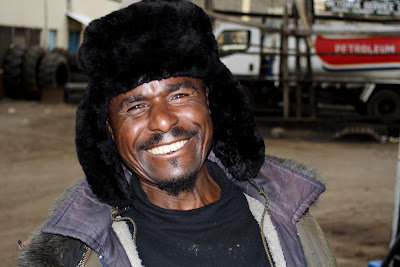 By Shirley Genga
Much as this will surprise men, women hate confronting them. We often do everything to understand men.
Unfortunately, most times, we wonder where male creatures came from, given the weird things they do. Ask any woman about the annoying things that men do and the list will be endless.
Right at the top of this list is men’s biggest vice; selective hearing. Just as a woman can be counted on to not only hear the message but also the tone in which it is delivered, a man can be counted on to miss the whole message altogether.

Going hand in hand with selective hearing is selective memory.  How does a man who remembers who scored for the Gunners when they won their first premier league title 400 years ago forget his wedding anniversary?

Then, men have this annoying domestic handicap. It is so extreme that a grown man cannot do something as basic as carry his plate to the kitchen and wash it.
But their worst vice is the ‘boyz’ problem. Suddenly, men cannot take a leak on their own without consulting the boyz. They have become too co-dependent on their friends. When a grown man with responsibilities wants to walk around in a pack like he is a teenage boy dealing with peer pressure, why would any reasonable woman imagine she has a husband or boyfriend?
Bubonic plague
There is nothing wrong with a man having friends, of course, but when his boyz become oxygen, his reason for living, his judge and jury, he probably needs to go back to high school.
As if that is not enough, women today also have to deal with ‘home runners’. Men run away from their homes as if the Bubonic Plague resides in their living rooms.

Seriously men, is the woman you married such a boring burden that you can only spend Sunday mornings — depending on how sober you are — with her, subject to what the ‘boyz’ say?
But perhaps the unluckiest are the unfortunate women who married ‘Mr Village’. Any money this dude makes — or borrows — must be shared with his mother, step-mothers, his many jobless brothers, his childhood friends and a distant cousin who is a bum but has three wives. You come a distant seventh.

The electricity will be cut, there will be no sausage in the fridge and the children will be sent home for school for fees. But to Mr Village, everything is okay as long as he travels to ushago every other weekend. Don’t get me wrong. Looking after family back home is noble, but the wife and children come first when you are a real man.
Then there is the puzzling mama’s boy phenomenon. This is a weakling of a man who calls his mother every time he has to make a decision. Why would a grown man keep holding onto his mother’s skirt?
And lastly, the worst vice is poor hygiene. Some men will push the boundaries of hygiene to the limit and wear the same underwear and socks for a whole week. Really?

Uhuru And Wamalwa Secret Meeting At Deep West Restaurant. < Previous
Sonko Says Jaguar Is Next Makadara MP. Next >
Recommended stories you may like: