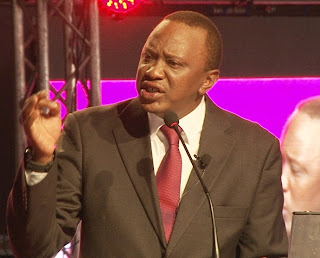 Deputy prime minister, Uhuru Kenyatta and justice minister Eugene Wamalwa, met secretly on Sunday night (after launching TNA) at the Deep West Restaurant along Lang’ata road. Wamalwa, who was accompanied by some of his supporters was seeking assurances that he was not been taken for a ride. He claimed that when Mudavadi was enticed out of ODM, it meant that the DPM was playing some of his cards under the table.
The two leaders later headed for Uhuru’s residence near statehouse, where Uhuru was hosting more guests including Eldoret North mp William Ruto. The were celebrating the launch of TNA. Uhuru had given Wamalwa the spotlight during the launch of his party. It was Wamalwa who was given the task of welcoming the deputy premier to the podium.
© nairobiwire.com
Mombasa To Sink In The Next 50 Years. < Previous
Annoying Habits Of Kenyan Men. Next >
Recommended stories you may like: