Alpha Of TPF, Hangs Out With Brandy’s Brother Ray J. 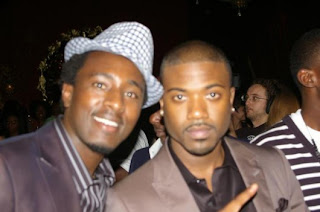 Double Tusker Project Fame winner, Alpha Rwirangira is finally showing signs of entering the world music market. Despite his undeniable talent, Alpha,like all the previous TPF winners have failed to impress. However, that might change if pictures he released are anything to go by.

The musician posted pictures of himself hanging out with Ray J (He of the famous Kardashian sex tape), James Cannon and Michael Jackson’s music director. He wrote, In California, “Los Angeles, something nice cooking. Stay tuned… Love is the key to success.” 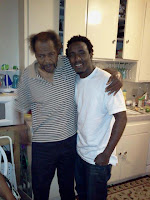 In another photo, he is seen standing with Mr Banks who was reportedly one of Michael Jackson music Director. He captioned, “Mr Banks is one of Michel Jackson’s video actors in the Way You Make Me Feel (music video), (he is the) guy yelling at Michel Jackson before he meets the girl, in the video.”
© nairobiwire.com
NMG, Citizen, EABL Do Not #Pay Interns < Previous
NTV, Remove ‘Nandi’ From Mali Advert At Kencom Bus Station. Next >
Recommended stories you may like: