What about my testimony? 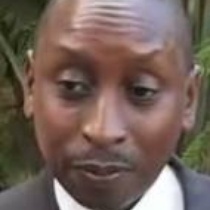 Uhuru Kenyatta’s Hague Witness Lewis Nguyai is said to be an angry man. Following his unquestioned loyalty to Uhuru Kenyatta, which culminated in him testifying for the deputy prime minister at the Hague ( a role which Jeremiah Kioni allegedly refused ), Lewis Nguyai expected at least something from the latest cabinet reshuffle. Lewis Nguyai who holds the position of assistant minister was hinted to leap big from his close association to Uhuru and it seems that he also believed he would. After the cabinet reshuffle failed to elevate him to a full minister, Lewis Nguyai is reported by The Star to have failed to report to his office for two days as he came to terms with the latest development.
© nairobiwire.com
Erick Omondi For Night of A Thousand Laughs again. < Previous
The Rock Beats John Cena At Wrestle Mania 28. Next >
Recommended stories you may like: