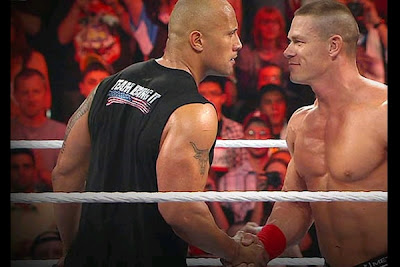 In what was arguably the most anticipated match in all of entertainment, Dwayne “The Rock” Johnson, defeated John Cena in the main event of Wrestle mania 28. The build up had been heavily publicized and this explains why the stakes were high for both sides. The fans were clearly for the ‘people’s champ’ The Rock, whose better days were in the late 90’s and early 00’s. Both The Rock and Cena performed their finishers, but the match was so big for either of them to go down with just one.

In other matches, Kane defeated Randy Orton, while Undertaker preserved his winning streak vs Triple H.
© nairobiwire.com
Uhuru Kenyatta Betrays Lewis Nguyai, By Not Giving Him Cabinet Slot. < Previous
Dumb And Dumber 2, Coming soon. Next >
Recommended stories you may like: