The Hard Times Of RJ Berger.. 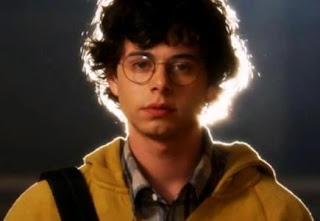 The star actor of MTV’s popular drama, ‘The hard times of RJ Berger’, Paul Iacono, has revealed he is gay. On an interview with The Village Voice, RJ reveals, “I tried coming out a couple of times as a kid, from 13-14 on, and was always squashed on.”
He added, “It was not until I was 18 that I came out with my mom and 20 with my dad.” Paul is now acting in the new MTV show, “Kenzie’s Scale,” Of his coming out, he says its because, “it’s not about me, it’s about change and the work.”
© nairobiwire.com
Snake Discovered In Pilot’s Cockpit.. < Previous
Shaffie Weru Kicked Out Of Nakuru. Next >
Recommended stories you may like: