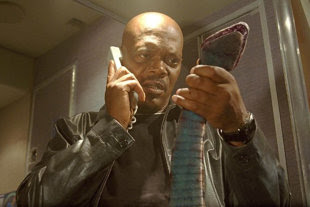 We’ve all watched the movie snakes on a plane. Now, the actual occurrences of the movie happened in real life. An Australian pilot was forced to make an emergency landing after a snake popped its head out of his dashboard. Blennerhassett, the pilot, made an emergency call to the control tower shortly after takeoff, and was able to land safely despite having a snake in the cockpit.
“Sure enough, out of the corner of my eye, I see a little bit of movement there,” Blennerhassett told Australia’s ABC News. “Lo and behold, in between the instrument panel and the dashboard, a stow away came on board and it took me a while to register that it was actually a snake.”
The worst part came when the plane was at the vital point of landing when the snake started crawling down his leg. His hands are expected to have a strong grip on the ‘steering wheel’, so he could do nothing but feel it.Upon landing, the snake and a green frog that was also in the cockpit escaped.
A wildlife ranger, Sally Heaton, said the snake was likely a golden tree snake and “may have been enticed onto the plane by the frog.”
© nairobiwire.com
Reporter Pelted With Eggs In Studio, On Live TV. (VIDEO) < Previous
RJ Berger Reveals He’s Gay. Next >
Recommended stories you may like: