Kenyans on twitter, #KOT have made it a tradition to reach for their phones anytime anything happens. The best was when oil was announced in Turkana. #TurkanaOil became a global trend. Today, #KOT were back. Some of them who were dead asleep when the tremor was witnessed, could now tell you the nitty gritties of the tremor. Everyone was an expert. Some took it humorously though. It was even claimed that the magnitude of the morning quake was 9.8…. on the social media scale.
Here is a screenshot of twitter for #NairobiTremor. 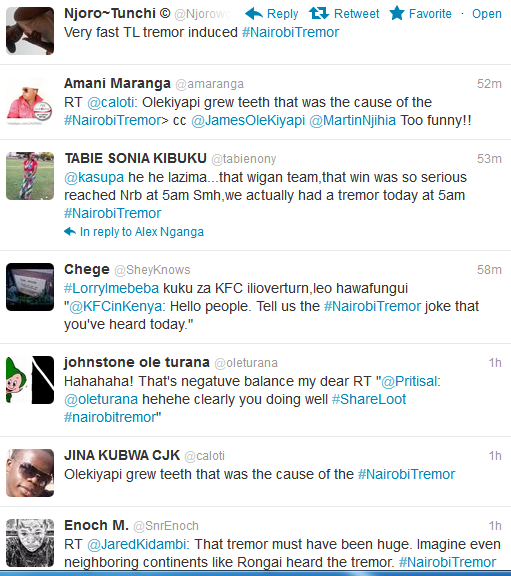 © nairobiwire.com
Classic FM To Pay For Claiming Man Is HIV Positive. < Previous
Cristiano’s Boots Stolen, Before Bayern Match. Next >
Recommended stories you may like: