Daddy Owen Does Not Want Your Vote For Groove Awards.

You Can Keep Your Vote.. 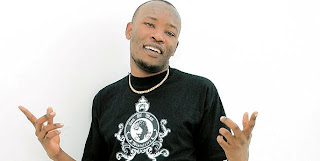 Daddy Owen has expressly declared that he is not interested in winning any Groove award despite getting nominated. He has asked his fans to direct their votes to other artistes. His album, Utamu Wa Maisha has been nominated for album of the year award. During the nomination gala, Daddy Owen was on stage to announce the nominees for the best dance group of the year, when he said,
“This year I want to leave it for the other artistes, just to rectify, direct your vote to the other artistes.”
He added that his name was not supposed to be mentioned among the nominees in the first place. This is not the first time Daddy Owen has taken that bold move. Some time back he raised his concern over Kenyan ‘veteran’ musicians winning the same awards year after year, yet there are many new entrants.
© nairobiwire.com
Mugabe In Singapore To Arrange For Her Daughter’s Education. < Previous
Erick Omondi For Night of A Thousand Laughs again. Next >
Recommended stories you may like: