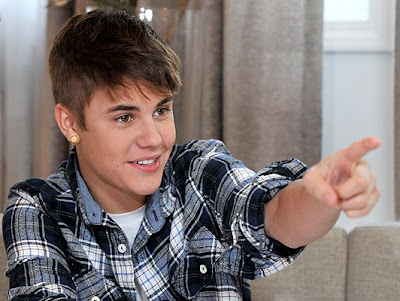 What would you do if you were a belieber and Bieber tweets his phone number asking you to call him. Justin Bieber tweeted his phone number, ( or so he claimed ) and asked his followers to call him RIGHT NOW. The catch was, the phone number had the final digit missing. That meant that if the number was real, then all a belieber had to do was guess any number between 0 and 9 and at one of your guesses, Bieber would be waiting at the other end.
Justin Bieber is not that dumb as to display his phone number to his 19 million followers, but people have underestimated his naivety. Two Americans claim they received over 1000 calls each, thanks to Justin Bieber. They are now suing the teen star for invading their privacy.
Though the tweet was immediately deleted, the damage had already been done and now, thousands of ‘wrong number’ calls later, Bieber better lawyer up.
© nairobiwire.com
Balotelli Gatecrashes Inter Milan Press Conference. < Previous
Inside Justin Bieber’s House. Next >
Recommended stories you may like: